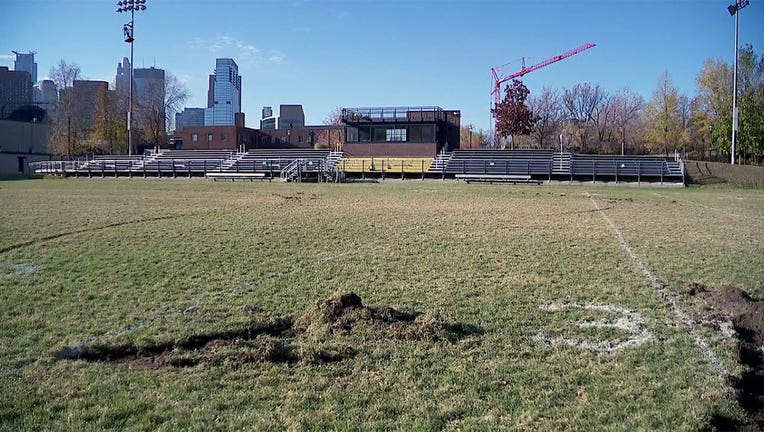 MINNEAPOLIS (FOX 9) - Police are investigating after it appears someone in a vehicle did doughnuts on the DeLaSalle football field, causing extensive damage.

Our crews saw tire marks across the field of the private high school on Nicollet Island. Police say they were called out around 9:15 a.m. after the damage was discovered Sunday morning. Police say it's unclear exactly when the damage occurred or how much it will cost to repair.

The damage won't impact the football team, who played their final game of the season last week – a close lost to Minneapolis South in the 5AAAA state football tournament.