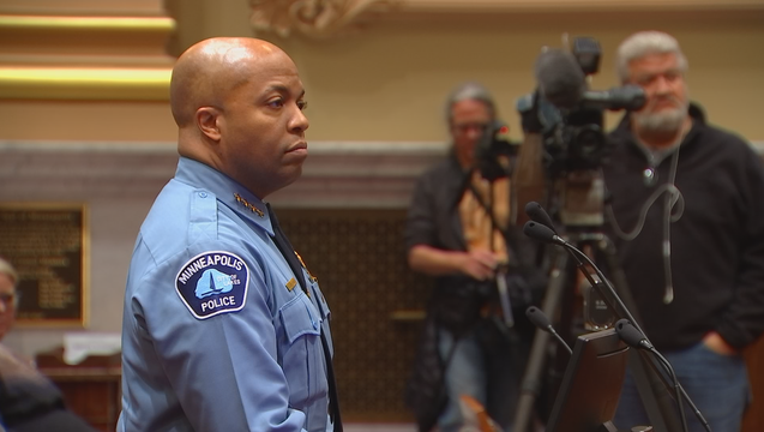 His plea comes as many business owners hope police can curb violent attacks downtown. Surveillance cameras were rolling last month as a man was beaten and robbed, left unconscious on the corner of Fifth Street and Hennepin Avenue, all for a cell phone. A few days earlier, at Target Field Plaza, a man was kicked, punched and even ridden over with a bicycle.

Police say it is part of a 53 percent increase in robberies downtown and business owners say it's proof that more officers are needed to combat crime.

"The City Council’s not going to listen to a business owner like me because they see me as the big bad business owner,” Jay Ettinger, a downtown business owner, said. “I want to bring victims to them and say these are people that have been impacted and effected by the fact that you’re not paying attention to what’s going on in your own city.”

Many on the City Council are resistant to hiring more officers. Council member Steve Fletcher says the issue is not with staffing, but with the union contract, which prevents officers from moving precinct to precinct.

"We have to give our chief the authority to put resources where we need them in order for our department to operate,” Fletcher said.

The police union says that is blatantly false and the contract is not the problem.

Arradondo wants 33 more officers next year, but Mayor Jacob Frey requested 14 in his proposed budget. His office believes that is the highest number they can get approved by the City Council.

Minneapolis Police have broken up a loosely-organized violent downtown crime ring that focused on getting cell phones from drunk people and then beating the victims. During a three-day sweep a couple of weeks ago, cops arrested 16 people, one as young as 13. The assailants punched, kicked and even rode over one man with a bike. FOX 9 obtained videos of several of the assaults.