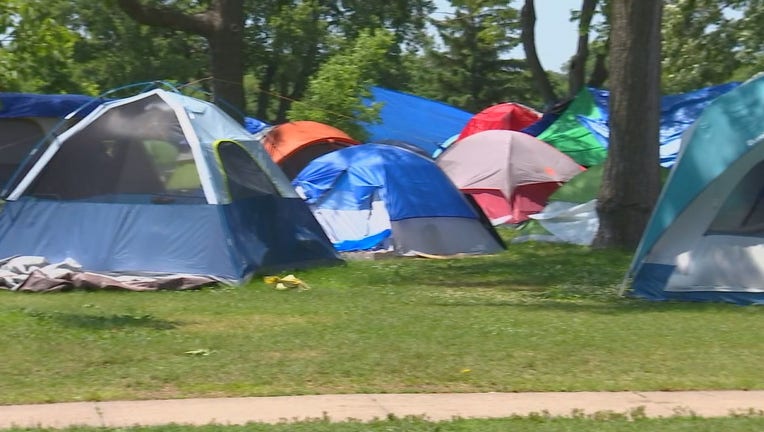 Neighbors say hundreds of tents have now gathered at the homeless encampment at Powderhorn Park in Minneapolis.

MINNEAPOLIS (FOX 9) - As concerns over an encampment at Powderhorn Park grow, the Minneapolis Park and Recreation Board will consider enforcing limits to encampment sizes.

On Wednesday, the park board will vote on a resolution to limit the number of parks that will allow encampments and the number of tents at each park.

If approved, the new resolution would limit encampment sizes to 25 tents and only allow encampments at 20 parks.

The board would also create a temporary encampment permit that could be issued to volunteers, nonprofit groups, or other agencies to help oversee the encampments.

In return, the park board would provide services to help out the people living in the camps.

At the same time, the park board says they are continuing to work with city, county, and state agencies to find more permanent housing solutions for the people in the tent camps.