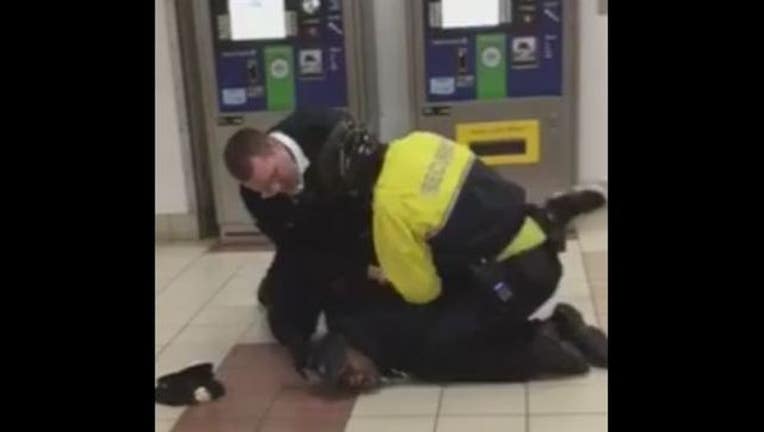 MINNEAPOLIS (KMSP) - The Minneapolis NAACP held a New Year’s Eve press conference at City Hall to address the alleged “violent treatment of a 14-year-old black girl” by Mall of America security. The group is calling on the mall and Bloomington police to fire the security officers, to issue a public apology and conduct racial sensitivity training.

The NAACP alleges: “On Saturday, December 26, 2015, MOA security approached a 14 year old black girl about being present at the MOA without an adult. After being told to leave MOA, the child walked around on the transportation platform and began trying to get change for a $20.00. It was at that point that she was violently tackled to the ground by MOA security. The brutal encounter was caught on video by a passerby who happened to witness the incident. The child suffered injuries as a result of this attack.”

In the news release, the group provided Facebook video of the incident:

The video begins mid-arrest and does not show the alleged tackle or the incident that led to the police encounter.

The NAACP is calling on the mall and Bloomington police to fire the security officers, to issue a public apology to the teen and her family and to conduct racial sensitivity training.

"We will not tolerate abuse of children at the hands of MOA security or members of law enforcement. What happened to the child in question was completely unwarranted, unnecessary, and traumatic. The security personnel in question must be held accountable for their abuse of a child," said Minneapolis NAACP President Nekima Levy-Pounds.