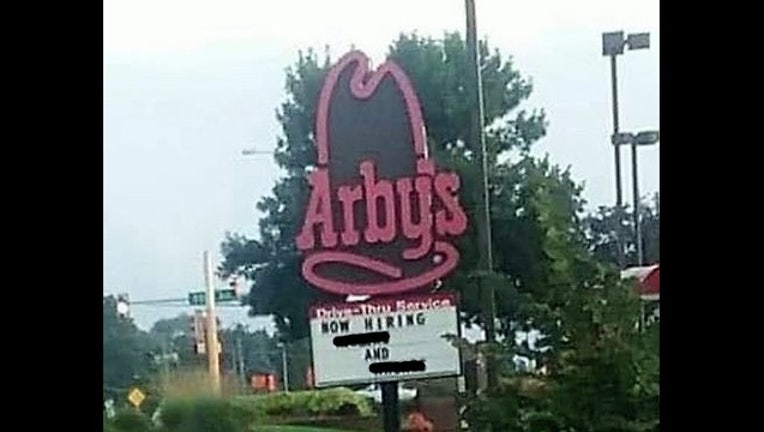 BROOKLYN CENTER, Minn. (KMSP) - Brooklyn Center police have identified a suspect after someone rearranged the letters of an Arby’s sign so it contained two offensive words.

The sign above an Arby’s restaurant in Brooklyn Center, Minnesota reportedly contained a racist and a sexist word on it, prompting a police investigation Sep. 1.

Photos submitted by Fox 9 viewers showed the sign, which read “Now Hiring” across the top. Underneath that line, however, a racial slur and a sexist word were both displayed.

Thursday, Brooklyn Center Police charged Usindini Christopher Colling-Harper, 19, of Minneapolis for the crime. He admitted to creating the offensive message on the sign.

He has no known ties to Arby’s and was not employed by the restaurant.

According to a criminal complaint, Colling-Harper altered the sign in the early morning Sep. 1. He was also the first person to post on social media about the sign at 3:31 a.m.

During an interview with Colling-Harper, he told investigators he changed the letters on the sign because, “he was bored while waiting for a bus and thought it would be funny.”

The complaint also said Arby’s had to unplug its phones due to persistent harassment and threats from the community. Others have expressed their outrage by yelling through the drive-through intercom system.