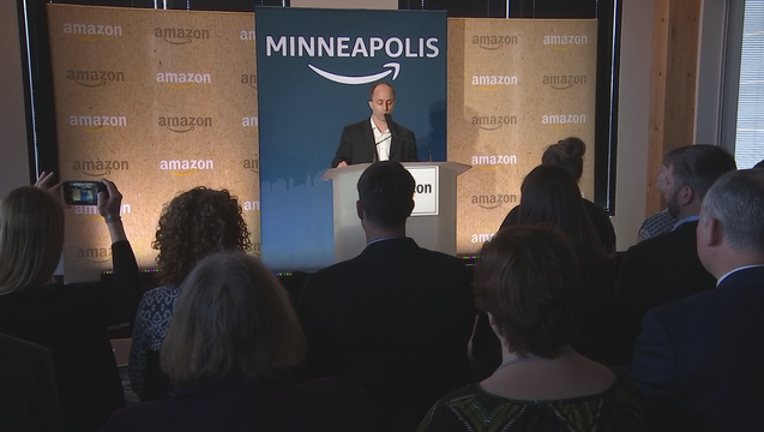 MINNEAPOLIS (KMSP) - With plans to add 200 jobs to its "Tech Hub" in Minneapolis, Amazon will nearly double its workforce in the Twin Cities—an announcement Mayor Jacob Frey marked with a visit to the company's North Loop facility Wednesday.

Amazon's regional hub is one of more than a dozen across the country that focus on developing new products for the tech giant, with the Minneapolis office primarily working on transportation technology and web services.

In just over three years the company claims to have created roughly 2,000 jobs and invested more than $400 million in the state.

“Amazon’s growth in Minnesota during the past three years has created thousands of good-paying jobs here and added hundreds of millions of dollars to our economy,” said Governor Mark Dayton after the announcement. “We are deeply grateful to Amazon for its continuing commitment to Minnesota and for the jobs this new expansion will create.”