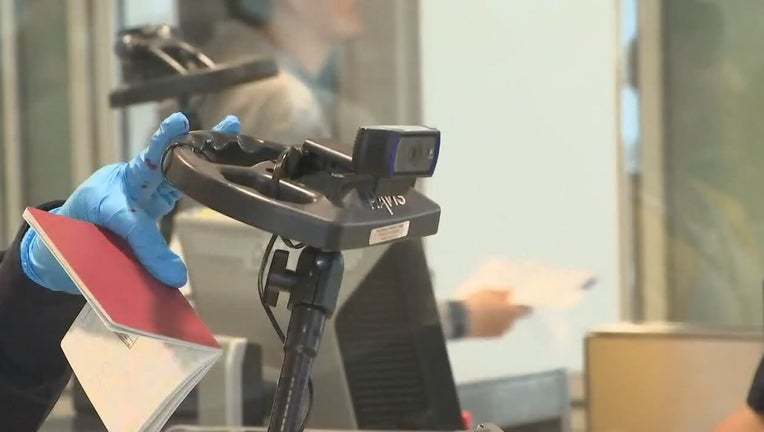 Some police agencies have used facial recognition to identity suspects but critics worry about the impact to privacy rights.

MINNEAPOLIS (FOX 9) - An ordinance passed by the Minneapolis City Council will ban the use of facial recognition technology by the city.

The council voted Friday to approve the ordinance that prohibits the use of the technology, that can use data points to identify people based on facial features, outside of "narrow exceptions."

An ordinance passed by the Minneapolis City Council will ban the use of facial recognition technology by the city.

Facial recognition technology has become more widely used by police agencies in recent years to identify suspects in crimes. But critics have worried that the software is prone to fail and wrongly identity innocent individuals, including people of color at higher rates.

The decision comes following a campaign mounted by the American Civil Liberties Union of Minnesota, which launched a petition calling for the ban of the practice. Along with concerns over social justice, the ACLU argued the technology is also an invasion of privacy for citizens.

In a tweet, the ACLU of Minnesota called the decision by the city council "a huge victory for privacy and for racial equity under the law."

However, in a statement, Minneapolis Police Chief Medaria Arradondo said the council moved forward with the decision to ban the technology, which could have an impact on public safety, without consulting the police department.

The statement from the police chief reads:

"Chief Arradondo believes that through open minded, thoughtful and deliberate research, examination and mutually respectful engagement by both electeds and public safety professionals on this important technology tool, we can arrive at a place where its application can be utilized in accordance with data privacy and other citizen legal protections.  Chief Arradondo believes if a strong policy, that’s transparent, is created we can accomplish both.  Having the ability to utilize this effective technology to keep our communities safe and have stringent measures in place to protect community members rights."

Lawmakers say the City of Minneapolis is now among a small group of cities that have banned the technology including Boston and San Francisco.