Black Coffee and Waffle Bar has decided to leave the street art that appeared on their building during last weekend's riots and is now asking the artist to come forward and help them make it more permanent.

MINNEAPOLIS (FOX 9) - Many restaurants in the Twin Cities are cleaning up after fires and looting last week, but one that sustained only minor damage in the form of street art has made the decision to leave it.

Black Coffee and Waffle Bar is known for its over-the-top sweet and savory waffles. Over the weekend, the Minneapolis location on Como Avenue got a makeover as someone painted over part of the logo and added the words “lives matter” to their building. It now reads “Black Lives Matter.” 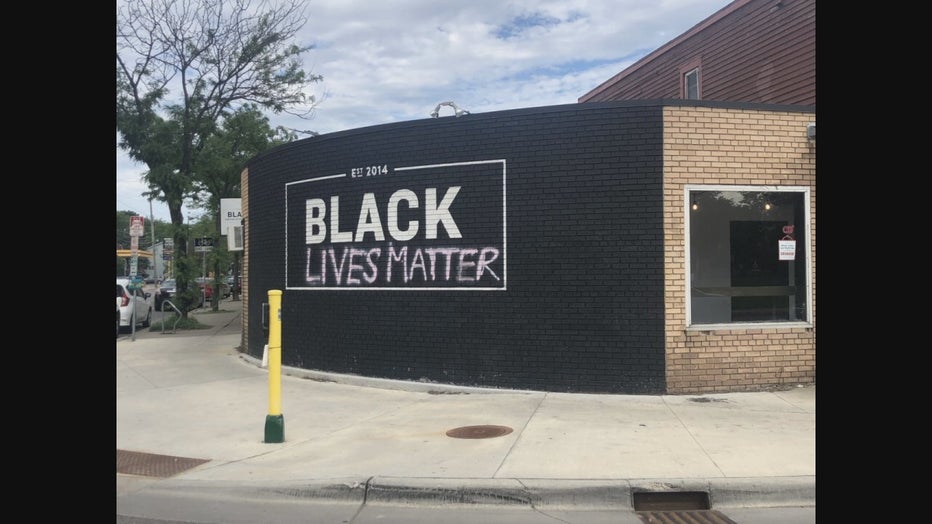 Initially, the café took to Instagram, saying, “Last night we were visited by an artist, come check out their work! We’ll be keeping it for a while.”

When it came time to decide what they wanted to do with the graffiti, however, they said painting over it and returning it to its original form was never an option.

It came down to the idea of leaving the wall as is or bringing in another artist to create a larger mural with a similar message.

“We very quickly decided the art was put up through someone else’s voice, someone else’s hand it was someone else’s emotions thoughts and feelings behind it, so to create an entirely new mural on top of it felt like taking the voice away from the artist and putting our own on top of that,” said Eryn Stoerzinger of Black Coffee and Waffle Bar.

The café took to social media again Thursday night asking the original artist to return and repaint the letters in a more permanent medium. They can remain anonymous and the waffle spot is even willing to foot the bill to buy the exterior paint.

The original art was done with spray paint and the building has a glossy finish, so the café is worried the weather will eventually wash it away. The café said the it has already faded a little since it was added.

The café itself did not suffer any damage during last week’s riots.