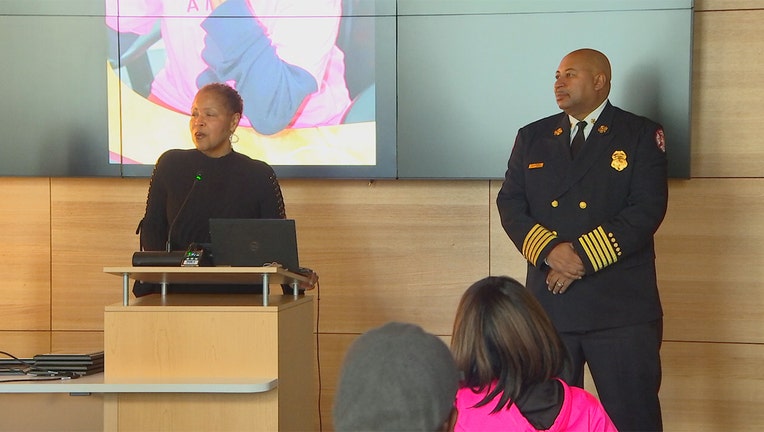 A group has been honored as part of the History Makers at Home program - a special honor from the Minneapolis Department of Civil Rights.

(FOX 9) - Minneapolis African American leaders and change-makers are taking home a special honor from the Minneapolis Department of Civil Rights.

The group was honored as part of the History Makers at Home program, and the woman who started honoring "history makers at home" eight years ago is today a recipient.

Minneapolis African American leaders and change-makers are taking home a special honor from the Minneapolis Department of Civil Rights.

Velma Korbel is the former director of the civil rights department and now a vice president at the API group.

"I’m so full from being in the same room with people that for me are my touchstones – they were the shoulders on which I stood," Kobel said. "To be here in the same space with them being honored at the same time is just an amazing experience."

Twelve others also received the honor including Lisa Clemons, who started the outreach group, "A Mother’s Love."

Clemons reflected on when she first started her activist work saying, "What was hard was getting people to see the need to have black women, black mothers, sitting at tables talking about our children."

Spike Moss was also honored – an activist fighting for civil rights since the 1960s.

Minneapolis Fire Chief Bryan Tyner was also recognized with the honor, but took note of the others in the room with him, saying "a lot of you have accomplished a lot over many years – I feel like I’m just getting into position to accomplish the things I want to accomplish."

"One of the things I live by is this quote, ‘fortunate is the person that sees a need, recognizes the responsibility and actively pursues becoming the answer,’" McKenzie said. Korbel told FOX 9, "If we don’t know about our past we don’t know what the future holds for us."