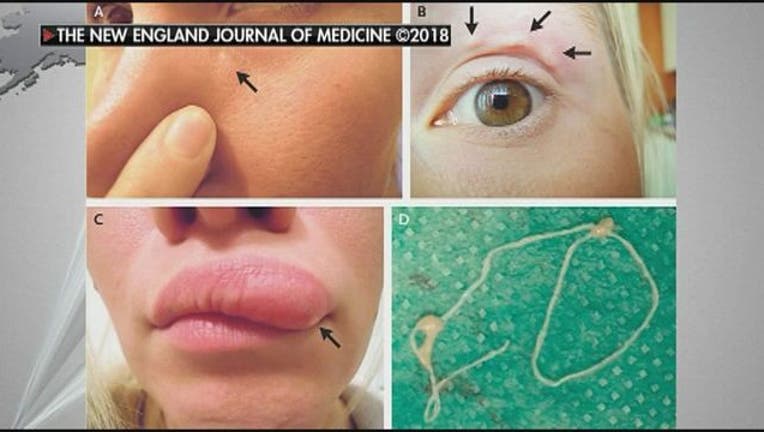 Doctors say a woman who complained of a moving bump on her face, actually had a worm underneath her skin.

The 32-year-old woman recently traveled to a rural area outside of Moscow, according to her case report in the “New England Journal of Medicine.” Doctors said she documented random bumps on her face with a series of selfies over a two-week period.

The bump was first noticed underneath her left eye, before it moved above it. Then, it moved to her upper lip, which shows significant swelling in her photos. Doctors said the bumps were itchy and caused a burning sensation.

After an examination, physicians discovered those bumps was a parasitic worm. They believed she picked it up from a mosquito bite. According to the report, the parasite can be found in dogs and other carnivores. However, transmission to humans is rare.

Surgery was performed to remove the worm and doctors said she made a full recovery.