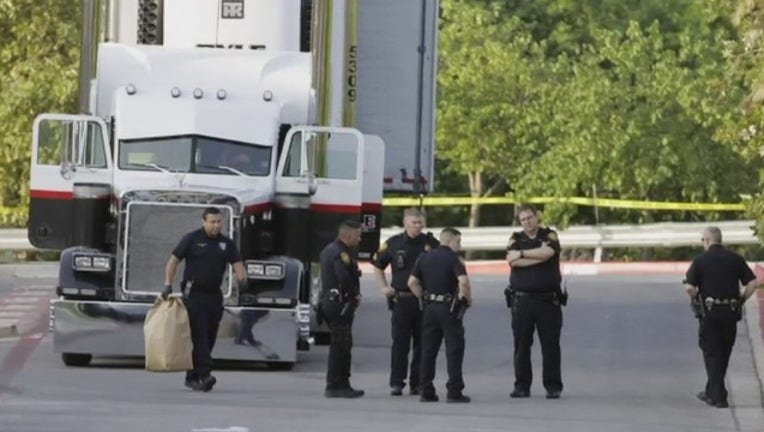 Some of the people found packed in a sweltering 18-wheeler parked outside a San Antonio Walmart included Guatemalans and Mexican nationals, the countries' officials said Sunday, as the first details about the deadly alleged human-trafficking case started to emerge.

Eight men were found dead in the truck and one man died later at the hospital, according to Liz Johnson, a spokeswoman for U.S. Immigration and Customs Enforcement. Some 17 people were considered in "life-threatening" condition, The Associated Press reported. ICE had announced 10 were dead before revising the number to nine.

James Mathew Bradley Jr., 60, from Clearwater, Florida, was taken into custody and is due in court Monday, U.S. Attorney Richard Durbin Jr. said. He did not say whether Bradley was the driver of the truck, although investigators said earlier that the driver was in custody.

Mexican nationals were among both the survivors and the dead, Mexican Consul General in San Antonio Reyna Torres said, without giving a specific number.  Torres said the consulate has been in contact with relatives both in Mexico and the U.S.