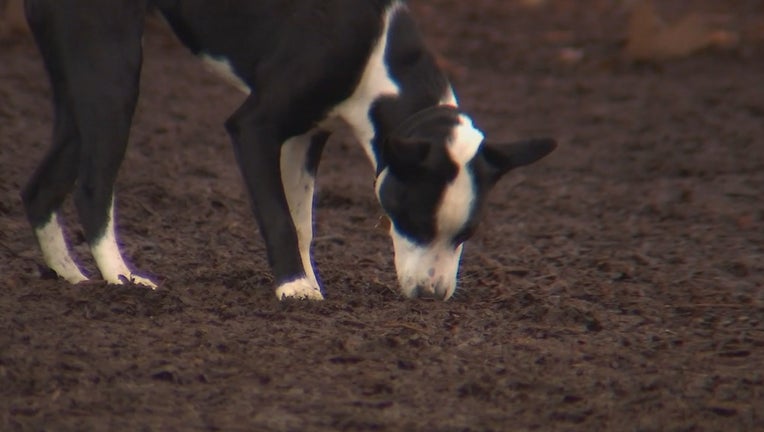 ST. PAUL, Minn. (FOX 9) - The Minnesota Department of Health says it has received a record number of reports of illnesses this year from a fungal organism found in soil.

According to health officials, the rainy weather the state has seen this year is a factor in the increase in cases. Now, health officials are working to raise awareness about the potentially serious illness.

The Minnesota Department of Health says it has received a record number of reports of illnesses this year from a fungal organism found in soil.

The illness can impact both pets and their owners, doctors say. If dogs, or their humans, were to breathe in the fungal organism called blastomyces when it becomes airborne, they can get sick with blastomycosis.

"So they inhale it and it usually goes into the lungs and causes a pulmonary infection or pneumonia," said Malia Ireland, an epidemiologist for the Department of Health.

So far this year, the health department says they’ve had 182 dogs reported with the disease and 61 people -- the most ever. And while there are cases throughout the state, the northeastern portion of Minnesota has been hit the hardest.

"In general, the northeastern counties of Minnesota have more incidents of blastomycosis because they have good favorable conditions there," explained Ireland. "There’s lots of water, waterways, forest, so it’s just a good place for the organism to grow in the soil."

Symptoms of blastomycosis in dogs and people are pretty much the same: cough, fever, and weight loss. Symptoms that kind of mimic influenza at first. The death rate for humans is about ten percent and it’s especially hard to recover if you have a weakened immune system.

The number of dogs that die is tougher to know because, in some cases, the dog owners simply can’t afford the necessary treatment, which can cost thousands of dollars.

There is no way to predict which areas might have the fungus. But, the health department does have maps on its website that shows where the most cases have been reported. Health officials say there are no practical measures to prevent the disease but early recognition of symptoms can minimize the impact of the illness.