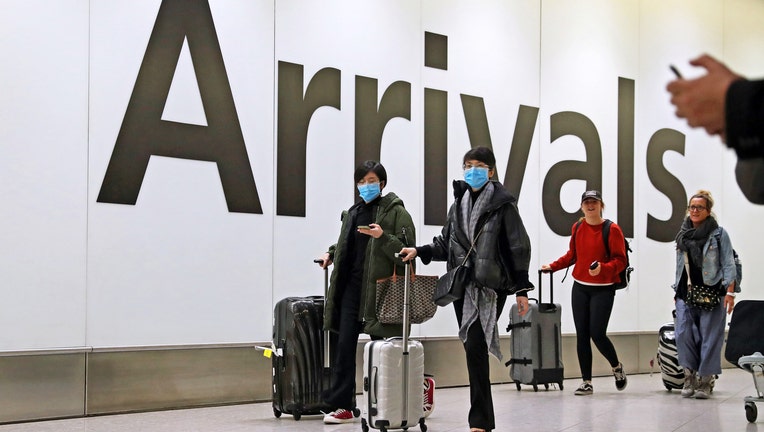 ST. PAUL, Minn. (FOX 9) - The Minnesota Department of Health said Friday it has sent in two samples from patients in Minnesota to the Centers for Disease Control and Prevention to be tested for the new coronavirus that was first identified in Wuhan, China.

“We’ve identified their contacts and are in the process of following up with those individuals and limit their activities,” said Kris Ehresmann, the infectious disease director. “We are in the process doing that, but are currently isolating the person with symptoms.”

The Minnesota Department of Health said Friday it has sent in two samples from patients in Minnesota to the Centers for Disease Control and Prevention to be tested for the new&nbsp;coronavirus that was first identified in Wuhan, China.&nbsp;

The CDC has confirmed two cases of the deadly coronavirus in the U.S. so far—one in Washington State and one in Chicago. Both patients had recently visited the Chinese city of Wuhan, where officials believe the outbreak originated.

The CDC said Friday is investigating at least 63 patients in 22 states, likely including Minnesota, for potential signs of the new viral respiratory illness.

MDH Commissioner Jan Malcolm said the health department issued an alert to clinics earlier this week asking health care providers around the state to contact them if they see a patient with respiratory symptoms who has recently traveled to Wuhan.

The test results for the Minnesota patients could take several days. In the meantime, the ill people have been isolated to prevent others from becoming sick.

“Minnesota is not among the states receiving many travelers from the areas of China most associated with this outbreak, but if human to human transmission becomes more common, it’s certainly possible that we could see one or more cases in Minnesota,” Malcolm said.

If CDC testing confirms a case of coronavirus in Minnesota, Malcolm said the public will be notified as quickly as possible.

Since the outbreak began last month, health officials have confirmed more than 850 cases of the new coronavirus worldwide and at least 25 people have died. All the deaths so far have been in China.