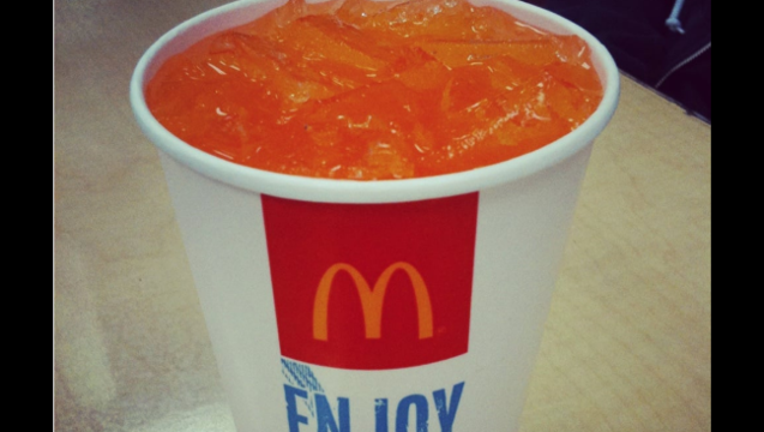 It looks like McDonald's is parting ways with one of its menu items, and people are pretty upset about it.

According to a memo circulating on Reddit, the fast-food chain will begin phasing out the Hi-C Orange drink on May 1.

The memo says the chain is introducing a new beverage called Sprite TropicBerry in July that will be exclusive to McDonald's locations. The new drink is part of the company's partnership with Coca-Cola.

The site 'Eat This, Not That,' reports a McDonald's representative said all locations will stop selling Hi-C Orange after July.

And the drink certainly has dedicated fans.

People are sharing their disappointment at the drink disappearing from the McDonald's menu on Twitter.

One person writes, "So McDonalds has announced that it will stop offering my favorite drink: Hi-C Orange Lavaburst! What are we going to do without it? Help!"

Another says, "So bummed you're phasing out orange hi-c. It's the only thing I get there!"

Yet another person took issue with the drink being eliminated and something else that made headlines recently, saying, "McDonald's is getting rid of the orange Hi-C, and I don't like the ugly new uniforms either. I may not every eat at another McDonalds again."

McDonald's has not put out an official announcement, though the company is responding on Twitter to fans disappointed about the change.

In one reply, the company said, "We like to evolve our menu, so we change it up from time to time. Hope you find a new favorite!"