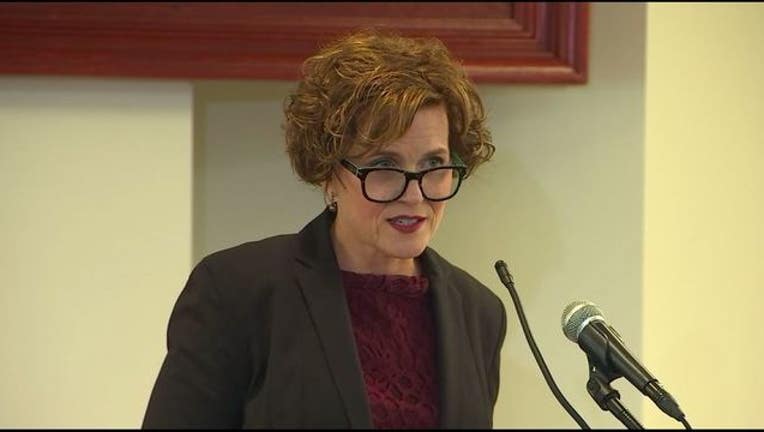 MINNEAPOLIS (KMSP) - In the wake of the fatal police shooting of Justine Damond, Minneapolis Mayor Betsy Hodges is calling for changes to the Minneapolis police body camera policy.

Mayor Hodges posted a statement on her website, calling it "unacceptable" that video footage is not available for this case.

"I expect body cams will be active the moment an officer begins responding to a call, whether it comes from dispatch or is initiated by the officer," said Hodges. "Body cams should have been on in a case like this."

Hodges wants to start an independent audit of body camera program completed. She is planning to work with the chair of the Audit Committee, the Office of Police Conduct Review, and the Police Conduct Oversight Commission.

"While the investigation is not yet complete, based on the facts that the BCA publicly released on Tuesday night, the fatal shooting of Justine Ruszczyk should not have happened. The fact that we don’t have body camera footage of the shooting could be the result of one or more of the following: a gap in our body cams policy, a gap in training, a violation of our policy, or some combination of these things. I am confident I speak for everyone when I say it’s unacceptable that we don’t have this tool available to us in this case. I first proposed four years ago that we adopt body cameras because they can be an important tool in public trust and public safety, then I spent several years ensuring that we did. We have put too much time, money, and effort into them to have them fail us when we needed them most. That cannot happen again.

"As Assistant Chief Arradondo said at our press conference two days ago, several months ago, MPD began looking at areas where our body cameras policy can be strengthened. Chief Harteau raised it with me recently, before Ms. Ruszczyk was tragically killed.

"As that work moves forward, I expect the MPD also to take into consideration the lessons of the shooting of Ms. Ruszczyk as they make any adjustments needed to body cams policy and procedures, in order to ensure that the next time we want to see body cam footage of a police encounter, we have it. Two years ago, the Police Conduct Oversight Commission, composed of Minneapolis residents, conducted several listening sessions to gather community input on body cams use and policy. The PCOC issued a report on body camera best practices, with policy recommendations. MPD drafted body camera policy taking into consideration those recommendations, then on my insistence, conducted much more public engagement around the draft policy. Ultimately, MPD accepted many, if not most, of the PCOC’s recommendations in the final policy, and explained the reasons when they did not adopt a recommendation.

"But policies aren’t set in stone: they’re living documents that can and should be constantly revised based on practice, evidence, and results. This is why I expect MPD to make any and all changes needed to our policy so that we can be sure we will have body cam footage when we need it.

"I expect body cams will be active the moment an officer begins responding to a call, whether it comes from dispatch or is initiated by the officer. Body cams should have been on in a case like this.

"I expect that our officers will record more footage than they have been. According to a recent media report, MPD officers recorded significantly less footage last March than officers in nearby cities. Subsequent research by MPD of more recent months showed no increase in the amount of recorded footage. It’s not acceptable to me that this has been happening, and it’s not acceptable to me that we learned this was happening from the media.

"I expect our training to emphasize in the strongest possible terms our shared, community expectations that officers will record all video allowed under policy and law.

"I expect an independent audit of our body cams program. State law requires that police departments in Minnesota with body cams conduct an independent audit every two years. That’s not soon enough for me: even though our body cameras were fully implemented only eight months ago, we need to know now what is working and how to fix what is not. I will work with City Council Member Linea Palmisano, who chairs our Audit Committee, the Office of Police Conduct Review, and the Police Conduct Oversight Commission to begin the process of auditing our body camera program as soon as possible.

"I continue to believe in the potential of body cameras to be a powerful tool in our toolbox for transforming public safety and public trust: I wouldn’t have invested so much time, money, and effort in them if I didn’t. From the start, it has been my expectation that our body camera program work for our city and our people. I am resetting my expectations today that it actually do what we want, expect, and need it to do — and that MPD monitor it closely to ensure that it does."