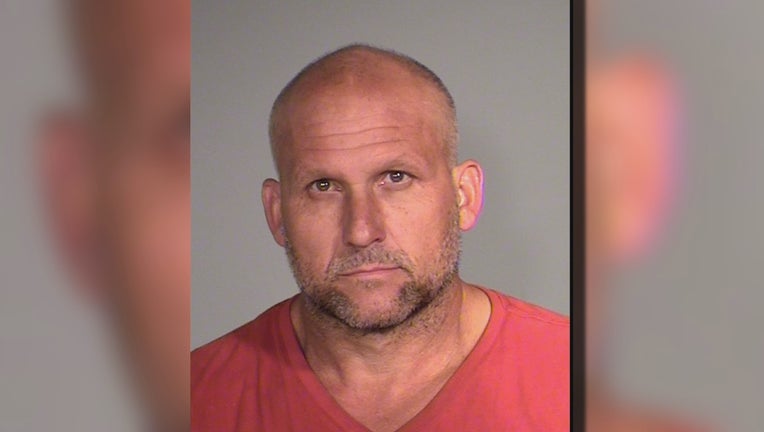 MINNEAPOLIS (FOX 9) - The St. Paul man, who led police on a chase that went through multiple Minnesota counties and ended in Wisconsin, is now charged for a sexual assault that happened in St. Louis Park earlier this month.

According to the Hennepin County Attorney’s Office 51-year-old Jeffrey Groves is charged with first-degree criminal sexual conduct, kidnapping, and first-degree burglary. Prosecutors will be seeking a bail of $500,000.

A man led officers on a long, multi-state police chase Wednesday and was formally charged with sexual assault Thursday.

The complaint states an elderly woman reported on November 3 that Groves "repeatedly raped" her in her home in the 2300 of Parklands Road in St. Louis Park. He allegedly went into her home while she was sleeping, tied her up and sexually assaulted her. She told police she recognized Groves because he had once been her handyman. Groves later forced her to go to two ATMs to take out a total of $800, which he took from her. Before leaving the woman's home, he took her bedding and apologized to her for the rape, claiming "Satan" made him do it.

The woman's sexual assault examination showed she suffered brusing throughout her body, red marks around her wrists and bleeding inside her vagina. When authorities executed a search warrant at Groves' home, they found the woman's bedding and a meth pipe.

On Wednesday, authorities attempted to arrest Groves near Newport, Minnesota, but once confronted he drove off in a pickup truck. Groves led multiple agencies on a chase that involved driving the wrong way on Highway 36 in Minnesota and Highway 35 in Wisconsin. A Washington County deputy eventually stopped Groves by using a PIT manuever near Hudson, Wisconsin.

Groves is currently in custody at the Hennepin County Jail.

It was mid-October and police had just arrested Jeffrey Groves at his Sheffer Avenue home in Saint Paul. Police found stolen trailers, tools and other construction equipment around the property. Groves called FOX 9’s Paul Blume, trying to explain he had bought everything and wasn’t a thief.

Paul Blume: You’re gonna change your habits and stop buying off the street?

Groves has a lengthy criminal history in Minnesota with convictions that include domestic assault, harassment and burglary. His behavior allegedly escalated in recent weeks. On November 1, he failed to show for sentencing in a Ramsey County case, where he pleaded guilty to receiving stolen property in exchange for a year in the workhouse. Blume asked Groves about that before the court issued his arrest warrant.

PB: I look up in your court records, you’re about to be sentenced next week.

JG: Yes, I was borrowing the trailer for a month, hauling stuff to a restaurant to do some power washing.

Then, two days after his court no-show on Nov. 3, Groves allegedly stormed into the woman's home in St. Louis Park, according to the charges.

Authorities would finally catch up to Groves Wednesday when he led law enforcement on a wild police chase across the east metro and crashed into an unoccupied, disabled vehicle along the highway near Hudson, Wisconsin.