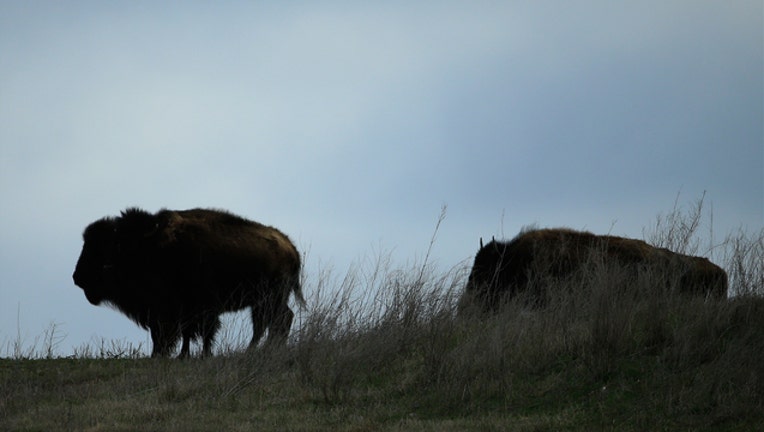 MAMMOTH HOT SPRINGS, Wyo. (AP) - An Oregon man who was caught on video harassing a bison in Yellowstone National Park has been arrested in Glacier National Park.

The National Park Service says 55-year-old Raymond Reinke of Pendleton, Oregon, caused a disturbance Thursday in Many Glacier Hotel. He appeared in U.S. court Friday and was jailed pending a court hearing next week.

Reinke had been cited for drunken and disorderly conduct in a third national park, Grand Teton, last Saturday and was released on $500 bond that required him to follow the law and avoid alcohol.

Yellowstone rangers cited him three days later for not wearing a seat belt and noted he appeared intoxicated.

Reinke was later cited for harassing a Yellowstone bison, which another visitor captured on video . Rangers there didn't know of his bond conditions.