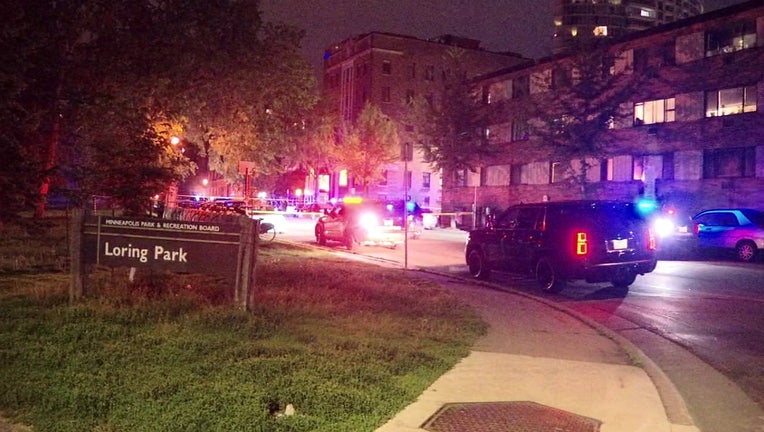 MINNEAPOLIS (FOX 9) - A shooting just steps from Loring Park in Minneapolis left one man dead in the second homicide the city saw over the course of hours.

Officers responded around 12:20 a.m. to reports of a number of gunshots near West 14th Street and Willow Street. At the scene, officers say they found a man in his 30s who had been shot in the street that runs along the east side of Loring Park, not far from the Loring Community Arts Center. Police say that the victim suffered "fatal" wounds.

The shooting is now under investigation. Sadly, the deadly shooting wasn't the only act of violence overnight.

Three hours before the shooting near Loring Park, police responded to the area of Cedar Field Park for ShotSpotter activations for gunfire.

At the scene, police found a man down in the street near the intersection of Cedar Avenue and East 26th Street. Police say it appears the victim was shot on the 2500 block of Cedar Avenue South and ran until he collapsed on the next block. Witnesses told police they heard a vehicle speed off after the gunfire.

RELATED: Shootout near the University of Minnesota captured on video

The victim was rushed to the hospital where he was later pronounced dead. That shooting is also under investigation; no arrests have been made.

After the homicide near Loring Park, police spokesperson Garrett Parten spoke with members of the media about the violence.

"We've seen violent days here in Minneapolis," said Parten, while detailing shootings in recent days. "We want a city where people can live, work and recreate in peace and safety. And we're going do everything we can to continue to do that. In the meantime, we can't do that alone. And we need people to become very vocal about the type of crimes they know are occurring and the people who are committing them."

If you have any information about either shooting, you are asked to contact CrimeStoppers at 1-800-222-TIPS (8477) or online. http://www.crimestoppersmn.org/sitemenu.aspx?ID=674&