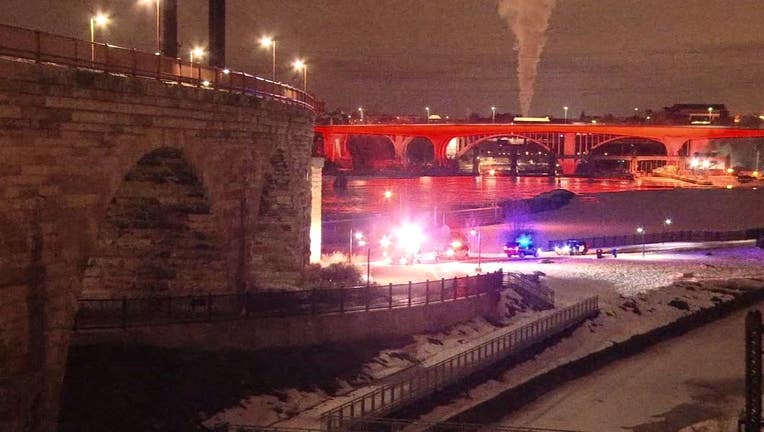 A man was rescued after he fell through ice on the river near Stone Arch Bridge in Minneapolis.

MINNEAPOLIS (FOX 9) - A man was rescued early Saturday morning after he fell partially through the ice on the river near Stone Arch Bridge in Minneapolis.

According to Minneapolis Fire Department spokeman Bryan Tyner, at about 3 a.m., crews responded to the area of 550 West River Parkway on a report of a man who fell through the ice. The man reportedly told police that his GoogleMaps told him to cross the river.

Officials said the man, who is from out of town, was heading back to his hotel.

He was transferred to the hospital with mild hypothermia.