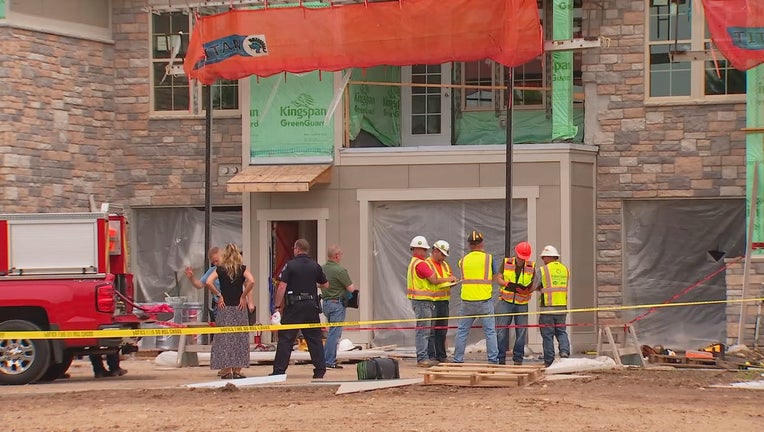 A worker died after falling from a second-story balcony at a construction site in Lakeville on June 22, 2020. (FOX 9)

LAKEVILLE, Minn. (FOX 9) - A 26-year-old man died after falling from a second-story balcony at a construction site in Lakeville Monday morning, according to Lakeville Deputy Chief John Kornmann.

Kornmann says the incident happened around 11:30 a.m. near the intersection of Dodd and Cedar Ave, where townhomes are under construction. He says the man died at the scene. He says investigators are looking what led up to to his fall.

Investigators believe the incident is a workplace accident and is not believed to be suspicious. OSHA will also be investigating the incident.