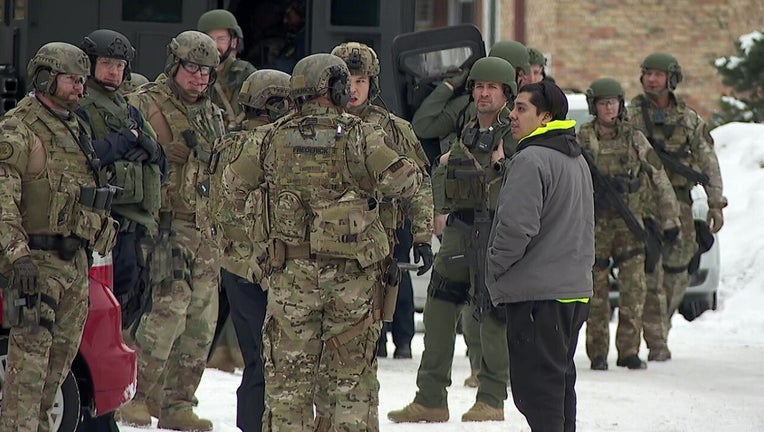 Law enforcement on scene of a standoff at a Minnetonka apartment complex. (FOX 9)

MINNETONKA, Minn. (FOX 9) - Law enforcement arrested a man suspected of firing dozens of rounds outside a Minnetonka apartment on Saturday.

A city spokesperson said police responded to a report of shots being fired at an apartment complex on the 10200 block of West 34th Street just before 11:30 a.m. Investigators believe the man fired 30-40 rounds into the air, but the exact number is unknown.

The man barricaded himself in his apartment when police arrived, and law enforcement started negotiations. The apartment complex was evacuated, and Metro Transit was on the scene to assist the residents. The man surrendered and was taken into custody just before 1 p.m., according to city spokesperson Andrew Wittenborg.

The extent of the damage from the incident is unknown, but there was broken glass on the patio of an upper-level apartment from where the gunfire was reported, said Wittenborg.

This is a developing story, check back for updates.