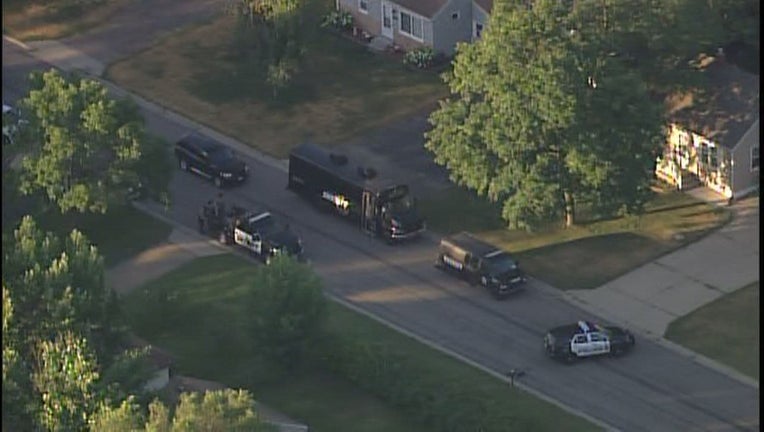 SPRING LAKE PARK, Minn. (FOX 9) - A 50-year-old Spring Lake Park, Minnesota man is in custody after an hours-long standoff outside his home in the city Friday night.

According to the Anoka County Sheriff’s Office, officers responded to the 7700 block of Jackson Street Northeast in Spring Lake Park just before 5:45 p.m. Friday on a report of a confrontation between two neighbors.

The 911 caller said he had a run-in with the 50-year-old neighbor who displayed a rifle, made a threatening comment and then racked the bolt action of his rifle and dry fired the weapon into the air before retreating into his house.

Police say while efforts were being made to communicate with the 50-year-old, they heard gunshots coming from inside his house.

A SWAT team responded and attempted to further negotiate with the man.

He surrendered after several hours and was taken into custody without further incident.

He is being held on suspicion of terrorist threats and reckless discharge of a firearm in a municipality, but he has not yet been charged.