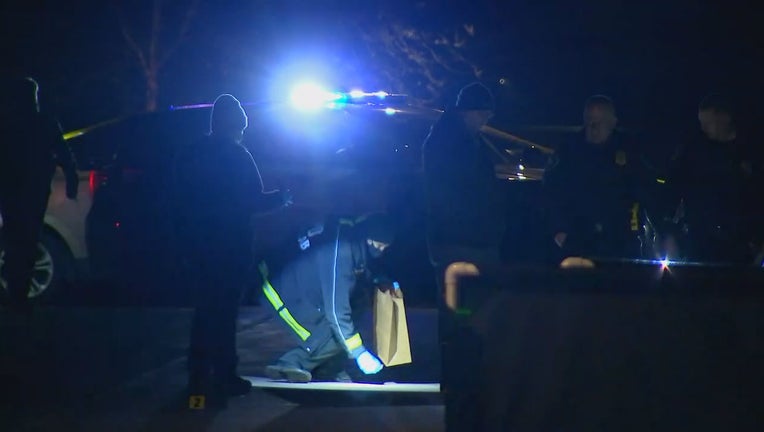 Investigators collect evidence after a person was killed Thursday night in a hit-and-run crash in north Minneapolis. (FOX 9)

MINNEAPOLIS (FOX 9) - Police say a driver has been taken into custody after a deadly crash Thursday evening in north Minneapolis.

Officers responded to the intersection of 30th Avenue North and Newton Avenue North shortly after 5:30 p.m. for the report of a man who had been struck by a SUV that had left the area.

When they arrived, first responders found a man who was in "grave" condition in the street. Crews attempted to revive the man, but he was pronounced dead when paramedics arrived.

Investigators remained on scene for hours after the crash, gathering evidence to find the vehicle involved, which was reported to be a cream-colored SUV that had fled eastbound on 30th Avenue.

Hours after the crash, the Minneapolis Police Department says an officer spotted a parked vehicle that matched descriptions given by witnesses and had damage.

Police say investigators were later able to determine a 54-year-old man had been driving the vehicle at the time of the crash.

That man has been booked into the Hennepin County Adult Detention Center on probable cause criminal vehicular homicide. He is expected to be charged for the crime this coming week.