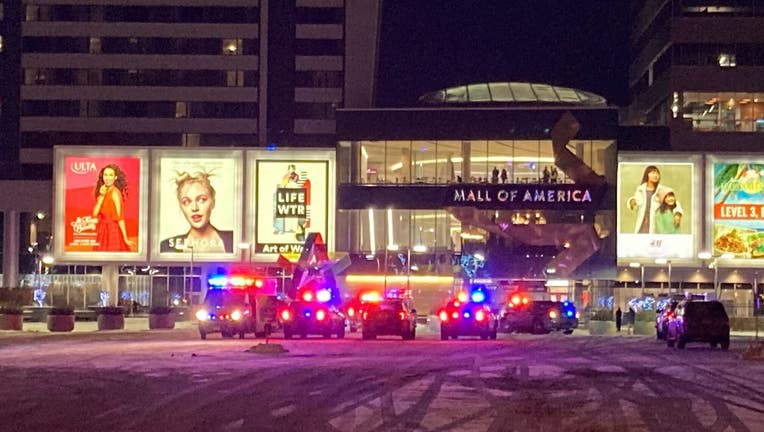 BLOOMINGTON, Minn. (FOX 9) - Police say the man accused in the shooting at the Mall of America on New Year's Eve has been arrested.

The 18-year-old man was arrested Tuesday afternoon at a home on the 2600 block of Rice Street in Roseville. He is being held on assault charges for the incident. During a search of the home, officers also say they found a firearm.

The arrest on Tuesday follows the arrest of another teen over the weekend for aiding and abetting in the shooting. Neither man has been formally charged yet, according to court records.

The shooting on the third floor of the mall created a panic last Friday, sending people running from the mall and others barricading inside storefronts as police responded. The suspect fled on foot following shots being fired.

Two people were hurt in the shooting, with one man being shot in the leg and another grazed by the bullet.

Both suspects are being held in custody with Bloomington police.