Bloomington Police say an altercation between two men ended in a shooting that injured two people and temporarily locked down the Mall of America Friday evening.

BLOOMINGTON, Minn. (FOX 9) - Bloomington Police say an altercation between two men ended in a shooting that injured two people and temporarily locked down the Mall of America Friday evening.

Deputy Chief Kim Clausen says at approximately 5 p.m. a Bloomington police officer heard one shot fired on the third floor of the mall. The officer found one man shot in the leg, another grazed by a bullet. Officers quickly contained the scene and rendered aid as mall security initiated lockdown protocols. 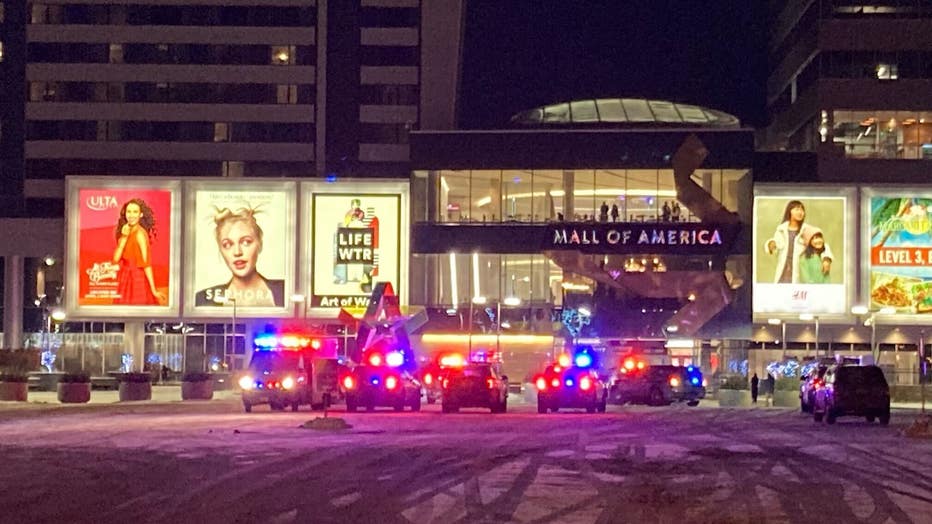 Police say the man shot was transported to the hospital, where he is expected to survive his injuries. The person grazed by the bullet, who police say was a bystander near the altercation, was treated at the scene and released.

According to Clausen, the shooting happened from an altercation between two men, the one shot and the suspect. Police say they did not find any weapons and are no longer looking for a suspect at MOA.

Police said around 5:42 p.m. the mall is secure and back to normal operations after a "short lockdown."

Photos from a FOX 9 viewer showed a large group of people sheltering in the Nickelodeon shop in Nickelodeon Universe. Shoppers say they were hiding in the back of stores. 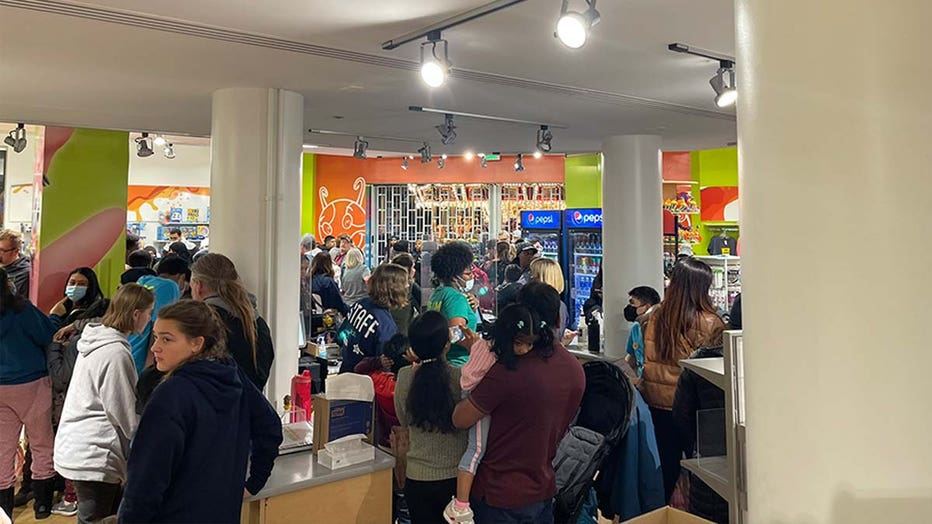 People sheltered in the Nickelodeon Shop at the Mall of America Friday evening. (Courtesy @zr0XPerience)

This story is developing. Check back for updates.