LOS ANGELES (AP) - Three Muslim Americans filed a lawsuit Thursday alleging that U.S. border officers questioned them about their religious beliefs in violation of their constitutional rights when they returned from international travel.

The three men from Minnesota, Texas and Arizona sued Department of Homeland Security officials in a federal court in Los Angeles. The lawsuit was filed in California because some of the questioning allegedly occurred at Los Angeles International Airport. 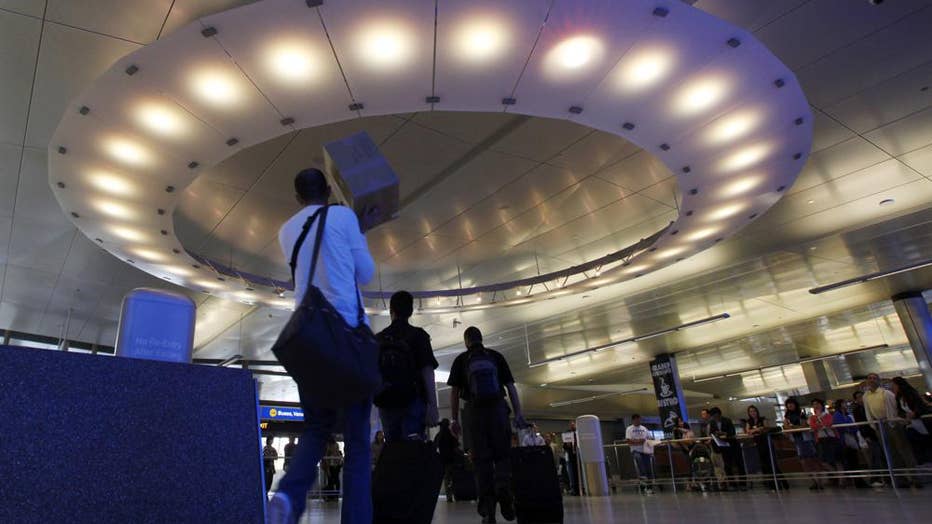 FILE - Arriving international passengers pass under a large "halo" of light in the area where they meet friends and family, at the customs clearance area at the Tom Bradley International Terminal at Los Angeles International Airport, May 28, 2010. ( AP Photo/Reed Saxon, File)

In the lawsuit, the men claimed that U.S. border officers at land crossings and international airports peppered them with questions about whether they were Muslim and attended a mosque and how often they prayed.

The American Civil Liberties Union, which is representing the men, said the questioning violated the men’s constitutional rights to freedom of religion and protection against unequal treatment.

"Just as border officers may not single out Christian Americans to ask what denomination they are, which church they attend, and how regularly they pray, singling out Muslim Americans for similar questions is unconstitutional," said the lawsuit.

It asks a judge to declare the religious questioning was unconstitutional and to order U.S. government agencies to expunge records containing information that was obtained through the questioning of the men.

An email message left with Department of Homeland Security seeking comment about the lawsuit was not immediately returned. 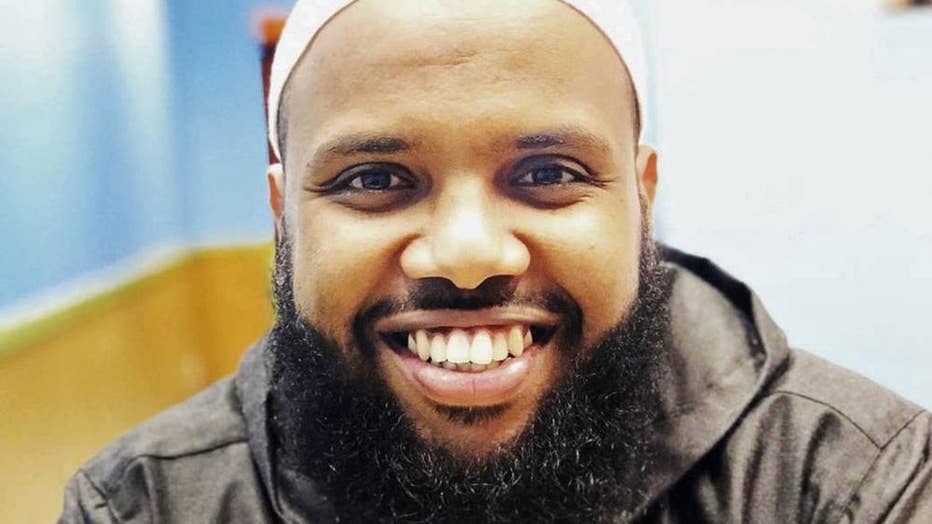 Abdirahman Aden Kariye, an imam at a mosque in Bloomington, Minn., has been questioned about his faith at least five different times when he was returning to the country between 2017 and 2022, according to the lawsuit. This photo, provided by Mukhtar (Mukhtar Shariff via AP)

The plantiffs included Abdirahman Aden Kariye, imam at a mosque in Bloomington, Minnesota. The lawsuit said he has been questioned about his faith at least five different times when he was returning to the country between 2017 and 2022.

The repeated questioning caused Kariye stress and led him to stop wearing a Muslim cap known as a kufi and to stop carrying religious texts when he travels internationally to avoid additional scrutiny, the lawsuit said.

Another plaintiff, Hameem Shah, a resident of Plano, Texas, said he was returning in 2019 from a vacation to Serbia and Bosnia when he was pulled aside at the Los Angeles airport for additional screening.

Officers separated him from other travelers and started reading his personal journal despite his protests and asked him whether he had traveled in the Middle East, saying they wanted to make sure he was a "safe person," the lawsuit said.

They also asked him about his religious beliefs and practices and searched his phone despite his opposition and released him two hours later, the lawsuit said.

"I thought that being an American meant that I and others are free to practice any religion that we choose," Shah said in a statement, adding that the airport experience he had still haunts him.