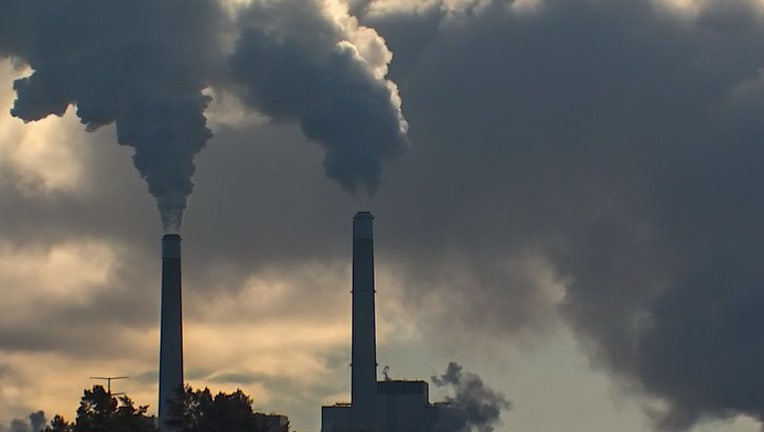 (FOX 9) - This may go down as the decade coal energy died, but it’s not going down without a fight.

Despite pledges to be carbon-free by 2050, Xcel Energy has been relying on coal, even when cheaper and cleaner renewable energy is available, according to consumer and energy advocacy groups who have studied the practice.

“There is almost never an hour when coal is not operating,” said Joe Daniel, an energy analyst with the Union of Concerned Scientists, who was one of the first to highlight the practice of running coal plants 24-7, known in the industry as "self-commitment" or "must-run."

“By all the evidence I have seen, these costs are being recovered onto the backs of retail customers, people like you and me, who pay our monthly electric bill,” said Daniel, who estimates the practice nationwide costs ratepayers $1 billion annually.

Coal, and the carbon pollution that comes with it, is still providing roughly a third of Minnesota’s electricity needs.

Xcel Energy and two other smaller energy utilities, Otter Tail Energy and Minnesota Power, are regulated by the Minnesota Public Utilities Commission (PUC).  Last year, the commission launched an investigation into "self-committing" coal plants and requested two years of data from the utilities.

Much of that data, like fuel cost, is considered a trade secret. But Fresh Energy, a nonprofit clean energy advocacy group, was allowed to analyze the raw numbers.

“Our investigation found in Minnesota, the three utilities, their plants are running at a loss 30 to 60 percent of the time, and for many of those hours there is certainly cheap wind or cheap solar available,” said Isabel Ricker of Fresh Energy.

Xcel operates four coal plants in Minnesota, three units at the Sherco Plant in Becker, as well as the King Plant in Bayport.

During February 2018, a colder than average February, Fresh Energy discovered one of the Sherco units was operating at a loss 68% of the time, with costs exceeding revenues.

That same month, the King Plant, was in the red 64% of the time.

Fresh Energy found the biggest losses came during so-called seasonal buffer months in the fall and spring, when demand is lower and renewables like wind and solar are more plentiful.

But as regulated utilities, the companies aren’t eating the losses. Fresh Energy estimates Minnesota consumers could be overpaying up to $90 million a year.

“The utilities are running at a loss, but consumers pay for the cost of operating those coal plants. So, it’s either baked into the rates or it will show up in overpaying for fuel,” said Ricker. “There are some legitimate reasons to do it and some less legitimate reasons.”

Demands of the Electrical Grid

A coal plant isn’t something you can just turn on and off; it can take up to 48 hours to power up.

And it also needs to supply energy to the grid, known as the Mid-continent Independent System Operator, or MISO for short, that extends from Manitoba, through Minnesota and 15 other states, all the way down to the Gulf of Mexico.

Energy from coal, nuclear, gas, wind and solar all contribute to the grid, creating a wholesale energy market.

“What’s the price of emissions, greenhouse emissions? What the price of an outage? If you price it, you are really managing it better,” said Massoud Amin, a professor of electrical engineering at the University of Minnesota and father of the "smart grid."

A so-called "smart grid" refers to the ability of an electrical grid, like MISO, to self-monitor, predict problems, and react at nearly the speed of light.

Professor Amin says the current grid prioritizes reliability above all else, including fuel cost and the environment. The solution to relying on coal, he believes, is not just one massive smart grid, but thousands of smaller grids at the level of neighborhoods and small towns that could prioritize local energy demands.

“It doesn’t become a single optimal choice, but it becomes a compromise solution, where you function, at what point to keep in functional, economic, but reducing emissions,” said Amin.

Xcel Energy is considered an industry leader in renewables, having promised to go carbon-free from 2050 and shutting down its coal plants by 2030.

After the Minnesota Public Utilities Commission began investigating "self-committing" coal, Xcel began cutting back operations at two of its coal plants in December, running them when they are profitable and has proposed operating those units seasonally.

The King Plant and one of the Sherco units would be idled in the spring and fall.

Xcel estimates that move will save $35 million in fuel cost and another $20 million in operations and capital costs.

It would also reduce pollution, by five million tons of carbon a year. According to a carbon calculator operated by the Environmental Protection Agency, that’s equivalent to the carbon footprint of powering two million homes for a year.

The Minnesota Attorney General and advocacy groups, like Fresh Energy and the Sierra Club, now want Xcel and the other utilities to provide PUC with five years of data on their coal plants. The deadline to provide the data is March 1.

But Xcel Energy is pushing back.

“We do not believe the OAG’s proposal to address prudency issues or to second-guess past decisions would be productive or appropriate,” Xcel Energy said in a filing with the PUC.

The company writes the investigation should focus on, “… now and into the future, rather than a deep dive into past dispatch practices.”

In separate filings with PUC, Otter Tail Power and Minnesota Energy have said they are more dependent on coal, because they don’t have the same excess capacity as Xcel.

“I think its inertia,” said Daniel of the Union of Concerned Scientists. “[Energy utilities] have operated their grid a hundred years with these coal plants being at the center of that operation, and it is scary to change your paradigm, to change the way you operated for so long.”

Xcel declined an on-camera interview, but in a statement to the FOX 9 Investigators, said: “We’re committed to leading the clean energy transition, reducing carbon emissions, while delivering on our promise of reliability and keeping bills low for our customers. As a national leader in renewable energy for more than a decade, our innovative approach to delivering electricity to our customers will continue to give them the cleaner energy they want with the reliability and affordability they need.”