After the ballots were counted, Harris became the country’s first Black and first female second-in-command.

Harris was just the second Black woman senator in U.S. history, representing California. She confirmed the news on Twitter.

"Thank you California—it has been an honor serving as your senator for the past four years. Our country has faced many challenges, but I remain certain that our best days are ahead. I promise to keep standing up for our shared values as your Vice President," Harris wrote.

Her resignation was effective as of 12 p.m. ET.

Padilla will be the first Latino senator from California, where about 40% of residents are Hispanic. Newsom announced his choice in December, following intense lobbying for the rare Senate vacancy from the nation's most populous state.

Democrats were in the minority during Harris' four years on Capitol Hill. Perhaps her biggest mark came as a fierce questioner of judicial nominees and other witnesses as a member of the Senate Judiciary Committee.

Harris was viewed as a future presidential candidate almost immediately upon joining the Senate in 2017. She announced her White House bid in January 2019 but dropped out the subsequent December after a lackluster campaign and before the ballots were cast in Iowa's first-in-the-nation caucuses. Biden, himself a former senator, invited her to join the national ticket in August.

Harris and Biden will be inaugurated on Jan. 20 at the U.S. Capitol. 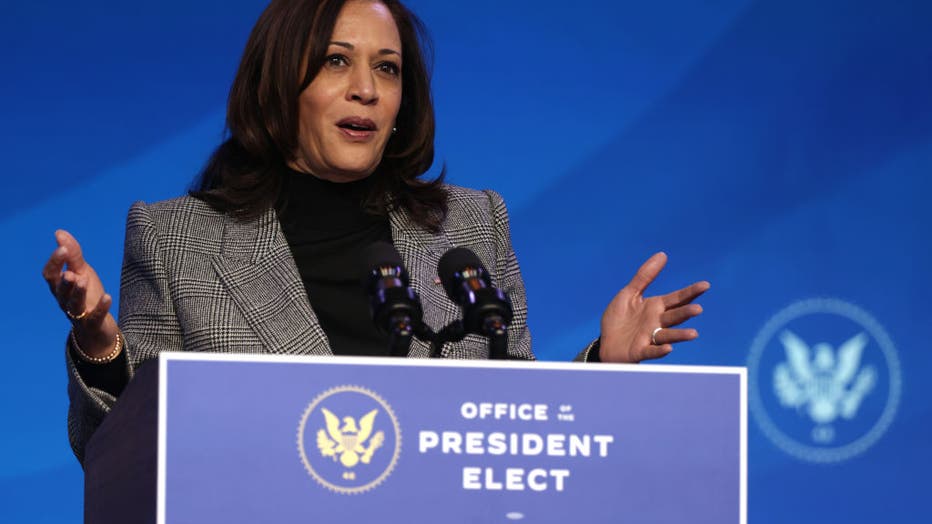 But Republicans will maintain a narrow majority until all three take office and Harris sits in the presiding officer's chair.

Harris' early departure from the Senate has multiple precedents.

Biden was the last sitting senator to be elected vice president. He resigned his Delaware post on Jan. 15, 2009, five days before he and Barack Obama were inaugurated. Obama, a senator at the time of his election, had resigned his Illinois seat two months before Biden.