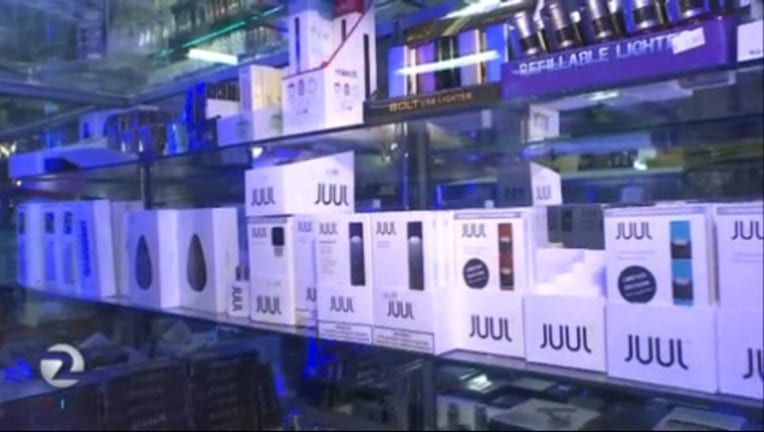 SAN FRANCISCO - San Francisco-based JUUL Labs Inc. said Tuesday it will "fully cooperate" with a U.S. Food and Drug Administration warning letter that alleges the company is making advertising claims for its e-cigarettes without FDA authorization.

The FDA letter issued Monday gives the company 15 working days to respond by describing actions it has taken to correct the alleged unauthorized advertising.

The letter claims JUUL is marketing its nicotine aerosol products as so-called "modified risk tobacco products," meaning that they pose a lower risk of disease than other tobacco products, without FDA certification.

Federal law requires that in order to make such claims, a company must submit scientific evidence to the FDA and obtain an order authorizing such marketing.

An FDA companion letter sent to JUUL on Monday asks for more information about JUUL's outreach and marketing practices, including those targeted at students, tribes, health insurers and employers.

The FDA is "deeply concerned by the epidemic rate of increase in youth use" of e-cigarettes "as well as the uncertainty regarding their immediate and long-term effects on the public health," the letter says.

JUUL spokesman Ted Kwong said in a statement, "We are reviewing the letters and will fully cooperate."

On Friday, the U.S. Centers for Disease Control and Prevention and the FDA announced they are investigating a "multi-state severe outbreak of pulmonary disease" associated with e-cigarette use.

The two agencies said that as of Friday, 450 cases of lung disease and five deaths had occurred nationwide. Although the specific cause has not been identified, "the reported cases have a history of using e-cigarette products," the agencies said.

The CDC urged youths, young adults, pregnant women and adults who are not already using tobacco products to refrain from using e-cigarettes.

JUUL has said that its goal is to help adult smokers eliminate the use of conventional tobacco cigarettes and that it has "no higher priority than combating youth use" of e-cigarettes.