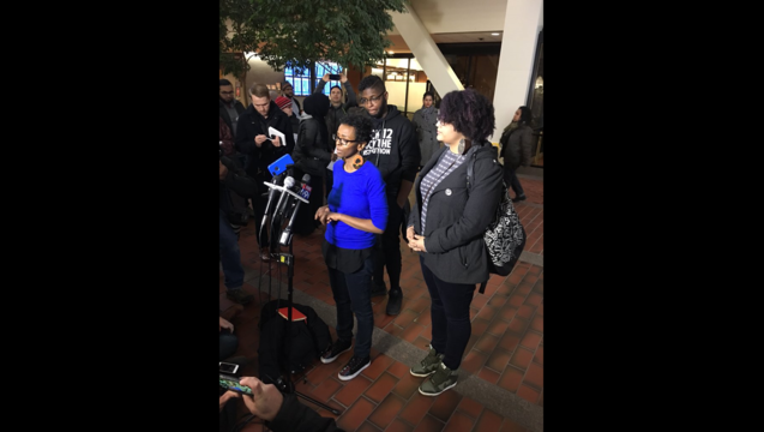 BLOOMINGTON, Minn. (KMSP) - A judge has considered filing a restraining order against Black Lives Matter organizers who plan to protest at the Mall of America on Wednesday, one of the busiest shopping days of the year.

The Mall of America is suing Black Lives Matter in an effort to stop the protest.

“This is not only an attack on Black Lives Matter, but on everybody’s First Amendment rights,” Miski Noor said. Noor, Candice Montgomery and Michael McDowell are three of the four Black Lives Matter organizers named in the lawsuit.

“It is the people’s space and the people have a right to speak out,” Noor said.

The Mall of America wants Hennepin Co. Judge Karen Janisch to grant them a temporary restraining order, which would possibly derail another scheduled demonstration inside the mall on Wednesday.

Gaertner is representing the mall and says it is private property, calling this legal action fair warning for demonstrators.

“If there’s going to be any value of a court order, it needs to come fast,” Gaertner said.

Black Lives Matter says they are protesting again because things haven’t improved for the black community since their demonstration at the same mall last year on the weekend before Christmas.

With the deadly police shooting of Jamar Clark, Black Lives Matter says they will continue down the road of public dissent until their demands are met.

The protest at the Mall of America is scheduled to start Wednesday in the mall’s east rotunda at 1 p.m.