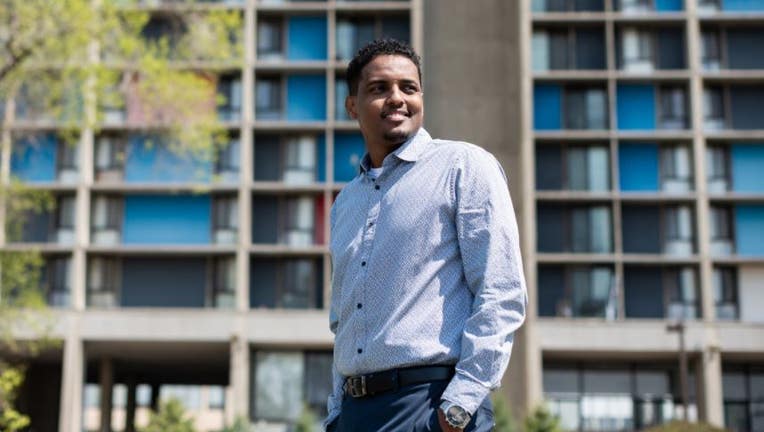 Osman will be filling the Minneapolis City Council seat that was left open after former council member Abdi Warsame resigned to take the job of executive director of the Minneapolis Housing Authority.

The ranked choice votes were tabulated Friday morning. None of the candidates in the Ward 6 special election had more than half of the first-choice rankings, so the ranked choice process went into effect.

The candidate who received the lowest number of votes is eliminated as well as any candidates who don't have a mathematical possibility of winning. Votes are reallocated based on the second-choice votes on those ballots. This process is repeated until a candidate receives more than half the vote or there is only one candidate remaining.

The race came down to Osman and AJ Awed. In the final round of the ranked choice process Osman received 36.08% of the vote compared to Awed, who had 29.51%.

According to his campaign website, Osman is a certified mental health trainer with a focus on public housing and affordability, which stems from his experience as a refugee.

Residency questions were raised regarding multiple candidates in the Ward 6 race. According to a FOX 9 report, traffic tickets from 2016 and 2019 for Osman show an apartment complex in Maplewood listed as his address. He told the FOX 9 Investigators he has an apartment in Riverside Plaza, but a neighbor claimed Osman appears to only live there part-time.

The Minneapolis City Council, which serves as the Municipal Canvassing Board, is expected to be certify the vote on Thursday, Aug. 20.