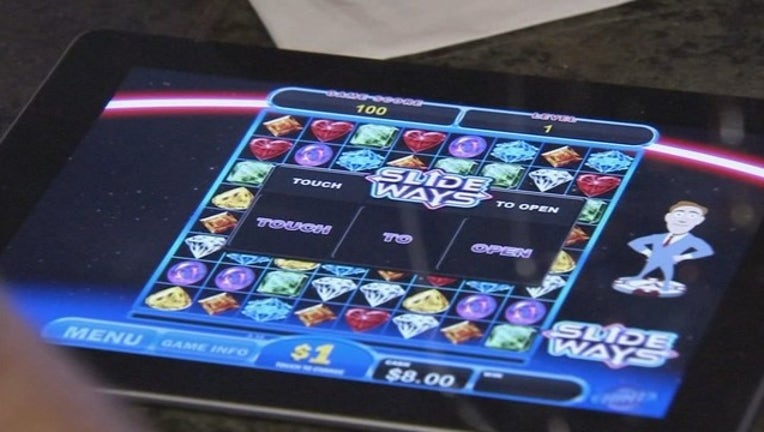 ST. PAUL, Minn. (AP) - Minnesota took a gamble and lost in 2012 when it launched electronic pulltabs as a novel way to pay for the $1.1 billion Minnesota Vikings stadium - the promised stream of millions in revenue that one lawmaker repeatedly derided as "fairies and foo-foo dust" was indeed more of a trickle.

Years later, e-pulltabs are starting to look like a smarter bet. Sales of the tablet-based games are roaring, and the state is reaping the rewards.

Once written off, the unexpected surge has helped power Minnesota's charitable gambling into a nearly $2 billion industry, putting extra money in the state's stadium account that is suddenly poised to overflow in the coming years.

"I was right. I was just a little bit slow," said Myron Frans, the state's top budget official who pitched the idea to lawmakers as part of the stadium financing legislation in 2012.

Minnesota was among the first states in the nation to sell electronic pulltabs, a modern twist on the tear-off paper tabs that are a fixture at small-town bars and suburban watering holes. A handful of states followed, though some have retreated since. Idaho tried banning the games last year, and North Dakota regulators tried to limit the amount of machines and payouts through rule-setting earlier this month.

Minnesota was banking on $35 million or more in taxes each year from electronic pulltab sales, but didn't get a cent from them in year one. Lawmakers scrambled to fill the gap for the state's $348 million share of stadium payments, adding a one-time tax on cigarettes and closing a corporate tax loophole worth $20 million a year.

By year two of sales, some of the top game vendors and manufacturers had reorganized or left the state. Jon Weaver, who has been selling the games from the start, remembers avoiding TV and newspaper boxes to avoid the headlines calling his industry a failure.

Weaver, state officials and regulators fault a combination of factors for e-pulltabs' slow start: The first games were clunky replicas of the paper version, and they carried the weight of ill will toward the publicly funded stadium. Marketing was weak, and gamblers clung to the familiar paper game.

"If you build a business model based upon changing people's behavior they've been doing for 25 to 30 years, it's not going to work," said Weaver, who owns and runs Pilot Games. "In the first six months, you knew that was not going to happen."

But now they're booming, especially at Friar Tuck's Pub in Forest Lake. Two years after rolling out a handful of tablets at the suburban bar, it sold nearly $500,000 in e-pulltabs last month. Owner Bryan Erzar said it helps that the games now have Las Vegas-style graphics - and the payouts are much bigger than the paper version.

"We knew they'd be popular, but we didn't think they'd be this popular," Erzar said.

Regulators like Gambling Control Board executive director Tom Barrett are surprised that the rise of e-pulltabs hasn't come at the expense of traditional paper games. And there's still plenty of room for the game sales to keep growing - just one in three sites statewide sells e-pulltabs.

Combined with increasing sales of paper pulltabs, bingo and other charitable gambling, the state collected a record $63 million in gambling taxes in the fiscal year ending last June. The state's once-bare stadium reserve account is filling up, with a projected $120 million balance by 2021.

It's given state lawmakers a new pot of money. A group of GOP legislators proposed repurposing the fund to build three veterans' homes last week, but Frans cautioned them against it.

"If there's a recession, the rainy day funds are going to drop pretty quickly," he said.