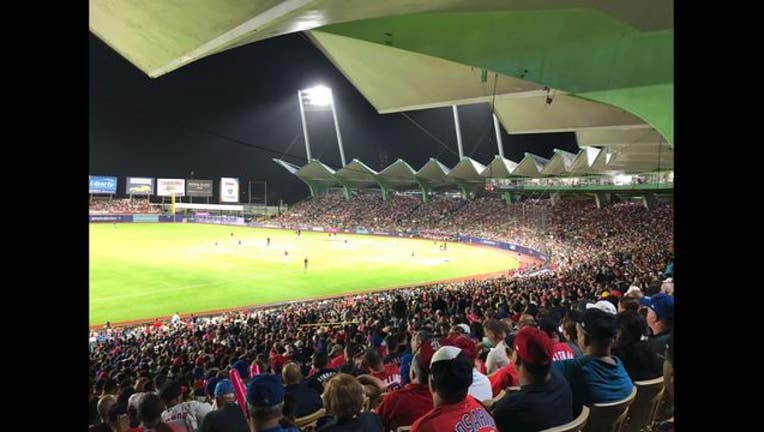 SAN JUAN, Puerto Rico (KMSP) - An island-wide blackout hit Puerto Rico Wednesday, as the island continues suffering an unstable power grid following a hurricane. The Minnesota Twins are still on the island and are still expected to play a second game tonight against the Cleveland Indians.

San Juan Mayor Carmen Yulin Cruz announced via Twitter that all emergency systems at Hiram Bithorn Stadium have been tested and are fully functional. She wrote that tower lights will be brought into the parking lot at the Bithorn Stadium and security will be increased to four patrol cars and 21 motorcycles.