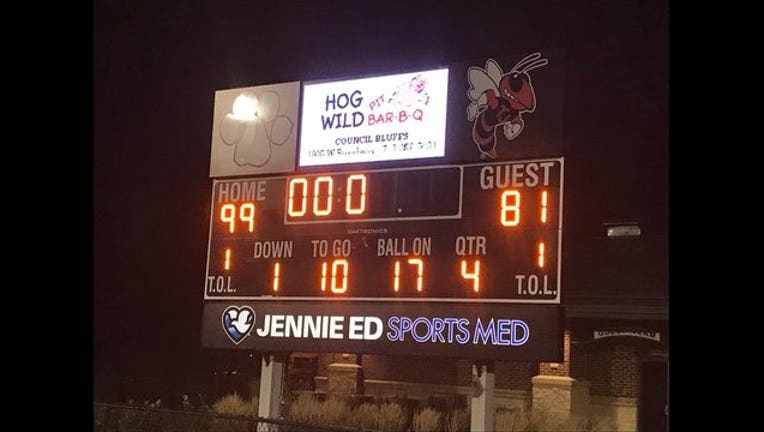 Council Bluffs led 57-21 at halftime. North rallied to score 60 points in the second half but still managed to lose by 18, according to an unofficial box score provided to The Associated Press by Sioux City coach Brant Anderson.

Jefferson put up 99 points on the strength of a rushing attack that put up a staggering 749 yards on 67 carries. Cameron Baker had 358 yards and eight touchdowns. Jermaine Green added 209 yards and two touchdowns.