Juneteenth, observed on June 19, commemorates the end of all slavery in the United States and is celebrated across the country.

Aug. 13 is International Left-Handers Day, a day to celebrate all the left-handed people in the world. The annual celebration was created not just to celebrate what makes lefties special, but to highlight the struggles that lefties may face daily in a world designed for right-handers.

How do you celebrate International Left-Handers Day?

On International Left-Handers Day, lefties encourage right-handed folks to try doing things with their left hand. In turn, righties may appreciate the daily struggles and determination of left-handers.

What are the advantages of being left-handed?

According to AA Driving School, left-handers are 10% more likely to pass their driving test.

Almost six out of 10 (57%) of left-handers pass their test on their first try, according to the study.

The U.S. National Bureau of Economic Research found that left-handed men with a college degree earn 15% more money than their right-handed counterparts.

Four out of the past six U.S. presidents are left-handed. Lefties dominate the Nobel Prize list and makeup 20% of Mensa members.

A study of more than 550 children in the Pediatrics journal found that left-handed children were nearly twice as likely to be injured and need medical attention than their right-handed peers.

Harvard University studies suggest that the difference in accident rates may be due to the way lefties cope in a world tailored to right-handers.

What percentage of the world is left-handed?

About 10% of the worldwide population is left-handed.

What causes a person to be left-handed?

Researchers still don't fully understand why 10% of the population is left-handed, but there are theories.

Genes predispose a child to favor their right hand, but a single gene may be passed from parents to children to influence left-hand favoritism.

Boys are more likely to be left-handed than girls. Some researchers suggest that male testosterone has an influence on hand favoritism.

Some researchers believe that children choose their right or left hand by copying parents and other caregivers. 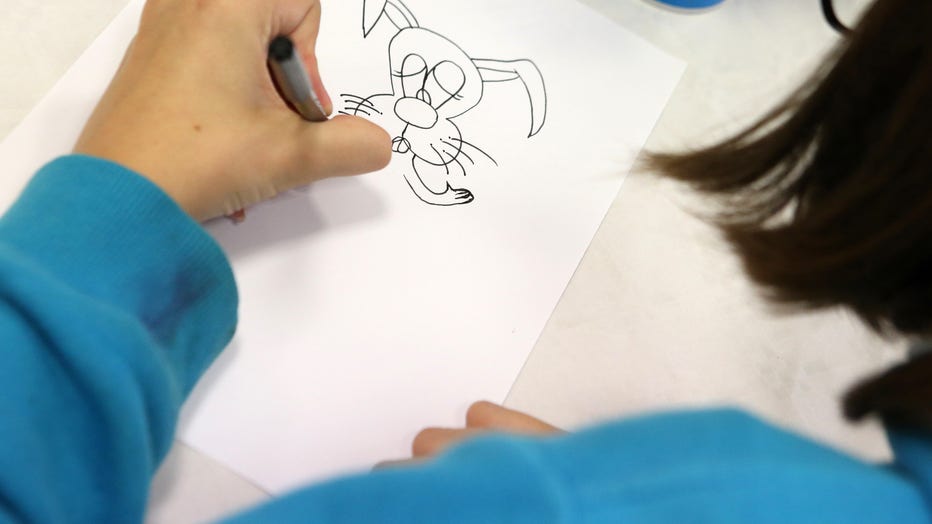 A child draws in the Salle du Pont du Buy in Brive-la Gaillarde, where writing and cooking workshops were organised and objets for the left-handed were sold, at the occasion of the French National Lefties' Day on August 23, 2015. (DIARMID COURREGES/AFP via Getty Images)

Do left-handers have higher IQs?

While there is an ongoing debate over whether left-handed musicians are better, it’s rather subjective. But The Guardian reports that lefties and ambidextrous people tend to be into more obscure music than right-handers.

Here are some famous lefties: