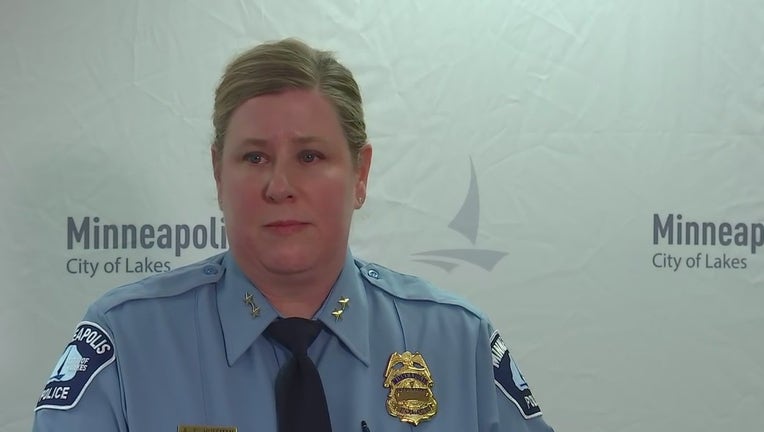 Huffman joined the MPD in 1994. She currently serves as the deputy chief of professional standards and currently oversees a number of departments, including administrative services, internal affairs, technology and support services and training. She said she has lived in the city for 28 years and currently lives in Uptown.

Frey said Huffman has an "encyclopedic knowledge" of the police department.

"She has a deep-seated understanding of the interworking of how the police department functions, where the deficiencies are and also where there are areas where we can collectively make an improvement," he said.

Huffman focused on recruitment during her introductory press conference on Tuesday. She said the police department is hiring through "multiple pathways."

Huffman's appointment comes after Arradondo announced he will not seek a third term as chief and is retiring from the force after 32 years. Huffman will take over for Arradondo on Jan. 15.

Arradondo said Monday it was time for him to leave the Minneapolis Police Department, but that he has strong feelings about the future leadership of the department.

Frey has said the city expects to conduct a national search for a permanent chief. Huffman confirmed on Tuesday she is interested in the role beyond her interim appointment.