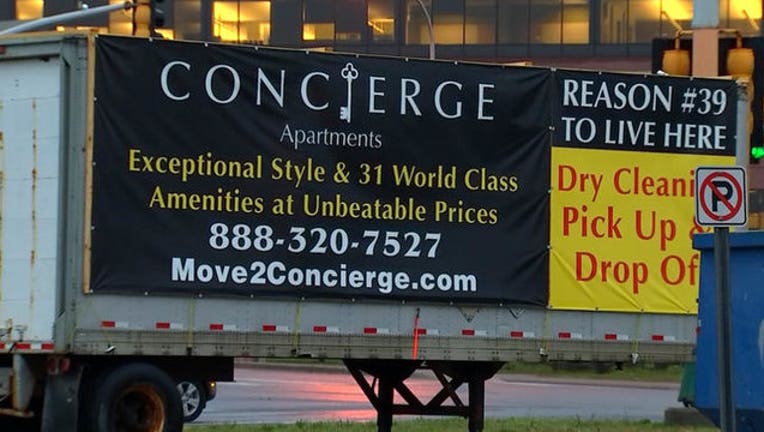 RICHFIELD, Minn. (KMSP) - The nearly 700 units of the Crossroads Apartments in Richfield, Minn. are getting some overdue renovations, but some new rules could force many residents to find a new place to live.

For the past 5 years, Craig Goodwin and his wife have called the apartments near Interstate 494 and Penn Avenue home, but they’re packing their belongings because the new owners will no longer accept the Section 8 vouchers they use to pay their rent.

"After 5 years, this just came up out of the blue,” Goodwin said. “Now we have to move. Very upset about it"

Back in September, Soderberg Apartment Specialists bought the Crossroads apartment complex and re-named it Concierge. But in addition to updating the 50-year-old units with new appliances, granite countertops and hardwood floors, the new owners are also changing the rental requirements and will no longer accept Section 8 and other public housing vouchers.

A spokesperson for Soderberg says limiting occupancy of the one-bedroom apartments to two adults is a safety issue, and the company worked out a deal with the city to allow some affected residents to stay until at least next May.

But organizers of two meetings for residents at a nearby church say the changes could force up to half the people who live there -- many of whom are immigrants, elderly or have disabilities -- to find somewhere else to call home. But Goodwin hopes the new owners of the Conceirge will have a change of heart.

Some residents are asking Soderberg to accept vouchers and loosen some of the new rental requirements. They are also writing a letter to present to the Richfield City Council next week.