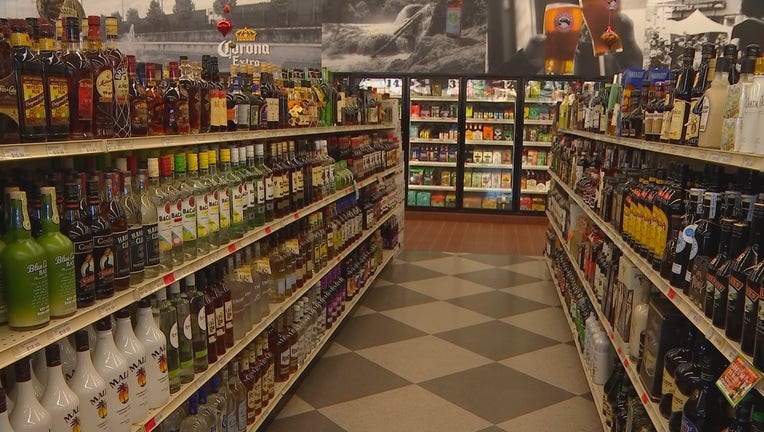 A municipal liquor store in Minnesota.

ST. ANTHONY VILLAGE, Minn. (FOX 9) - After the first full year of Sunday liquor sales in Minnesota, the results are in.

After the first full year of Sunday liquor sales in Minnesota, the results are in.

The report shows overall net profits at city-owned liquor stores are increasing and have been for 23 years, but what’s working for one store isn’t necessarily working for another.

When customers buy from these city-owned stores, the money contributes to the city’s revenue. There are 190 city-owned liquor stores in the state and most of them saw a profit in 2018.

“Along with purchasing public safety vehicles, it also helps assist us in building a skate park, building playground equipment with a variety of different capital needs to serve our residents,” said Mark Casey, the city manager for St. Anthony Village.

The combined net profit of all municipal liquor operations totaled $29 million in 2018, a 25 percent increase compared to 2017. 2018 was the first full year for Sunday liquor sales in the state.

While the St. Anthony Village store’s Sunday sales are necessary to remain competitive, it really just spread its normal business over seven days instead of six.

However, for Brooklyn Center Liquor, 60 percent of Sunday sales have been new customers, likely from the Hispanic community.

“From what we’ve heard, a lot of that category works Monday through Saturday, so Sunday is their only shopping day. So, we’ve seen a lot of Hispanic beer, tequilas, things like that selling a lot more on Sundays than they were the other days,” said Tom Agnes, of Brooklyn Center Liquor.

Although profits are high, sales only went up 3.2 percent. The difference can be explained through selling of stores or other assets. There has been a steady decline in the number of city-owned stores. A public hearing is always held before a city makes the decision to close.

It's mostly good news in terms of stores that exist turning a profit, but there is a decline in the number of city-owned stores overall. Those that run stores who were at a news conference today, however, say they feel confident about the future.