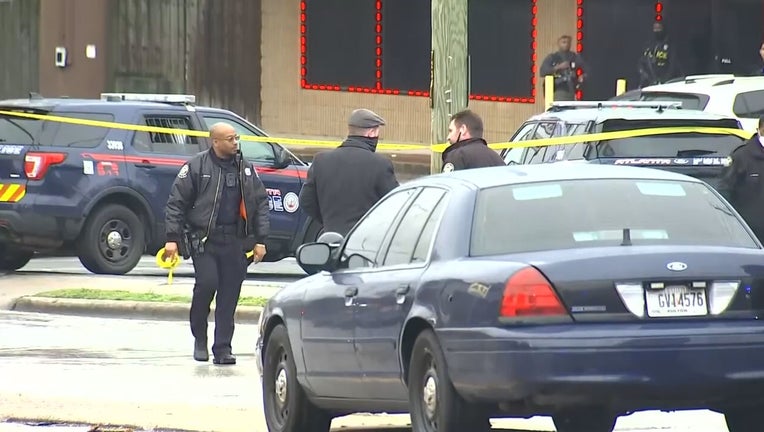 The spa shootings in Atlanta, that left eight people dead, have been felt in the Twin Cities.

(FOX 9) - Brenna Kyeong McHugh said the deadly shooting in Atlanta that left eight people dead, a majority of who were of Asian descent, could’ve been her.

"When I first heard about the incident, I was extremely heartbroken and really, really angry," she told FOX 9 during an interview. "Sometimes, I feel conflicted because I don’t want to live in fear. If I want to go to the store across the street, I want to walk but then it’s like I need to acknowledge that could’ve been me or my friend."

St. Paul PD stepping up patrols after attack on Asian community in Atlanta

Members of the Twin Cities Asian community expressed fears and concerns about anti Asian sentiments, but a local police department is stepping up patrols to address any potential issues.

As the country battles the COVID-19 health crisis, Asian Americans across the metro said they say they are also fighting an increase in hate crimes.

"I personally have to carry mace, a knife, a cane, or a walking stick on me," said Jinseoung S. Falk of Saint Paul. "I work with a lot of seniors who have told me about some of their stories with discrimination […] it’s scary."

A California State University study looked at 17 of the largest cities nationwide and found hate incidents against Asian Americans are up by nearly 150 percent. A majority of the reported incidents are verbal assaults, according to the study, but quite a few are physical.

"People are feeling and experiencing this type of racism on the streets, in grocery stores, places they go to shop, and even in their own homes," said Nick Kor, the civic engagement director for the Coalition of Asian American Leaders in Saint Paul.

Kor said while discrimination against Asian Americans is nothing new, the misinformation around the coronavirus is playing a huge role in the recent uptick.

"In times of crisis like we are in right now, t’s very easy to point our fingers at a community," he added.  "We’ve been blamed for bringing COVID-19 into the United States when in fact, that is obviously not true."

"When people tell me if I’m responsible or ask me about corona, I tell them I’m not a beer or ask if they want a lime," said Falk. "It’s not that I want to make it a joke but it feels like the only way to take control."

A spokesperson for the Minneapolis Police Department told Fox 9 that they have not seen an uptick in reported hate crimes against Asian Americans at this time.

In Saint Paul, police announced on Twitter that the "department is standing with our neighbors against hate of any kind," adding, "our patrol officers are making more trips in and around schools, businesses, and neighborhoods where our Asian community members gather."

McHugh, however, doesn’t think more police is the best solution.

"I don’t think an increase in the police would be safe or provide any benefits," she added.

McHugh and Falk are Korean-adoptees and have been friends for more than 17 years.  Both believe the best solution is a community space for Asian Americans to have a safe space to feel safe.  They plan to create one in Saint Paul.