A judge has released the heartbreaking 911 call placed by Jay Boughton's son on the night Boughton was killed in a road rage shooting on Highway 169.

PLYMOUTH, Minn. (FOX 9) - Evidence released following the trial of Jamal Smith, the man convicted in the deadly Highway 169 shooting in Plymouth last summer, reveal a heartbreaking phone call the victim's son made to 911 moments after his father was shot.

Smith was convicted in the deadly shooting of Jay Boughton in July 2021 after an apparent fit of road rage on Highway 169. Boughton was on his way home after a baseball game with his son when prosecutors said Smith, who was in the car with friends, fired shots, striking Boughton.

In the 911 calls, Harrison Boughton is heard speaking with a 911 operator, confused, scared, and unsure of what happened. Prosecutors say Smith was speeding and driving erratically on the rainy, dark night. Investigators believe Smith swerved into Boughton's lane and Boughton honked his horn and flipped him off.

Prosecutors said Smith responded by pulling a gun and firing a shot into Boughton's car. In the moments after the shooting, Harrison Boughton isn't sure what happened. He initially thinks the other driver threw a bottle at their car, knocking his father unconscious. 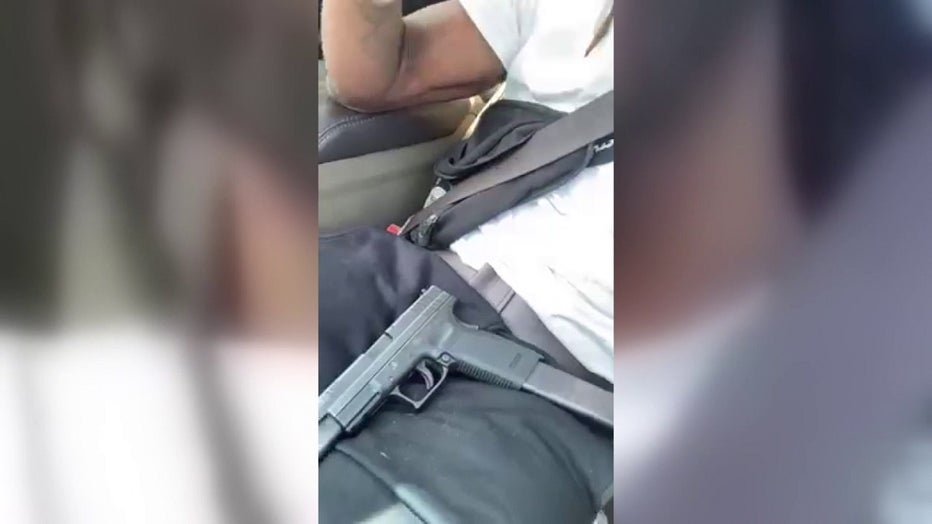 A screenshot from Smith's videos show a gun on his lap. Prosecutors think that was possibly the murder weapon. (FOX 9)

"My dad [is hurt]," Harrison Boughton explained in the 911 call. "I think he's knocked out or something. I don't know - he's bleeding."

Other evidence included in the Monday drop were jailhouse phone calls Smith made to friends after he was arrested in the case. In the calls, Smith is heard directing potential witnesses to "plead the fifth" and refuse to help investigators figure out who pulled the trigger. In another, Smith is looking for help from a friend with removing his Facebook page while sitting behind bars. 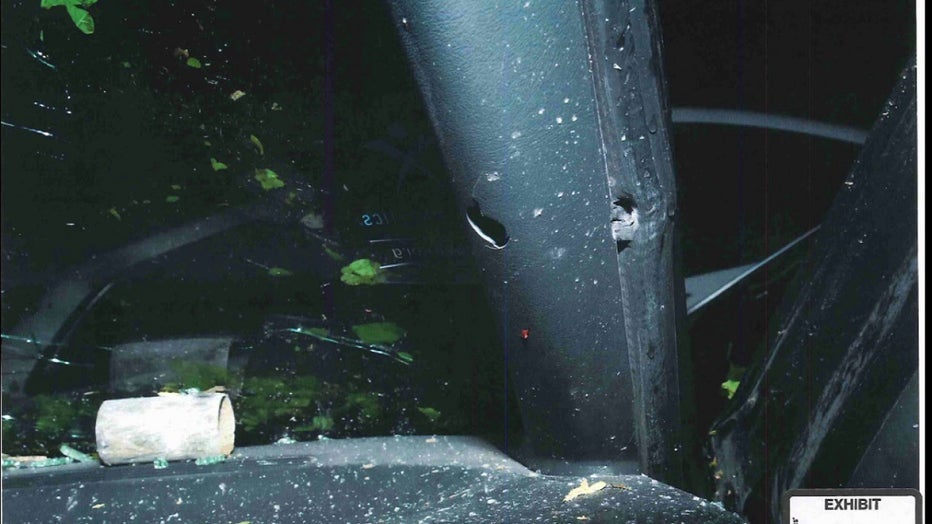 A bullet hole in Jay Boughton's vehicle after the July 2021 shooting. (FOX 9)

As it turns out, investigators were able to pull Facebook videos off Smith's page. Those videos, with were also included in Monday's data release, show Smith in a vehicle holding the gun prosecutors believed was the murder weapon.