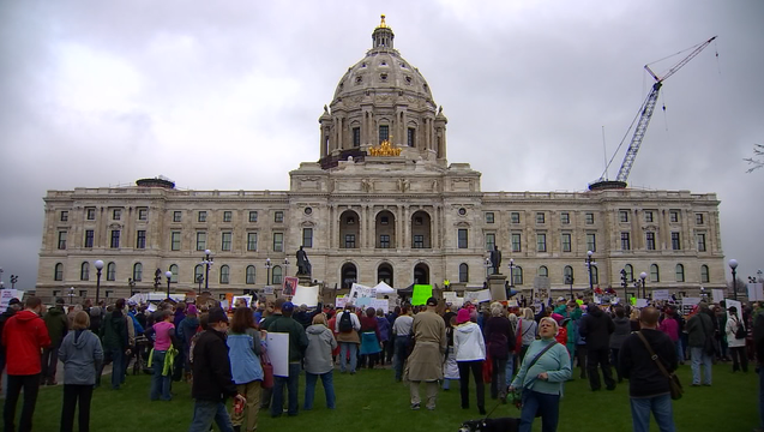 The event was one of several planned throughout the country, with organizers arguing that wealth disparities in the U.S. must be addressed.

Among those who spoke at the event was gubernatorial candidate and state auditor Rebecca Otto.