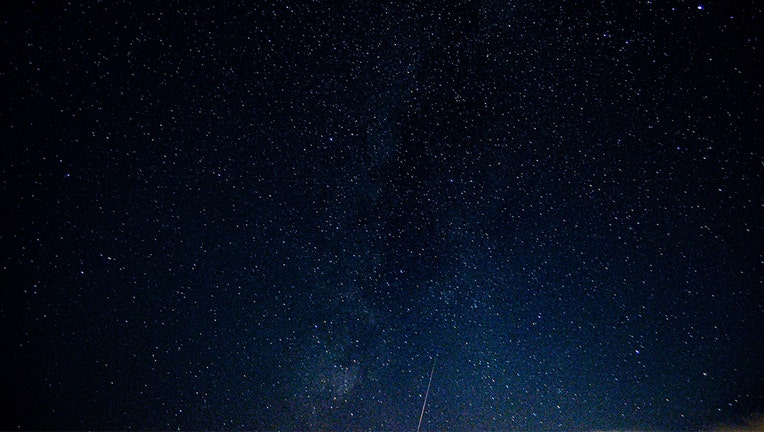 The Perseid meteor shower, considered the best meteor shower because of the frequency of meteors, peaks in mid-August.  (Greg Kellogg/FOX 9 / FOX 9)

The Perseid meteor shower can be seen from mid-July to late-August. At its peak, you could see more than 40 meteors an hour if you’re far away from light pollution. In the city, you may only see a few every hour.

The meteors appear to radiate from around the constellation Perseus, which is where it gets its name, but they can streak across the sky anywhere above you, according to NASA.

The Perseids occur when the Earth passes near the path of the Swift-Tuttle comet, which orbits between the Sun and the orbit of Pluto once every 133 years. During that time, the debris left behind in by the comet shows up as meteors in our sky.

Missed the meteor shower last night? NASA says the night of Aug. 12-13 is another good time to see the Perseids because the crescent moon will set early so the skies will be dark for the peak viewing hours, from midnight to dawn. The Perseids are best viewed during the predawn hours, in a dark location away from city lights.