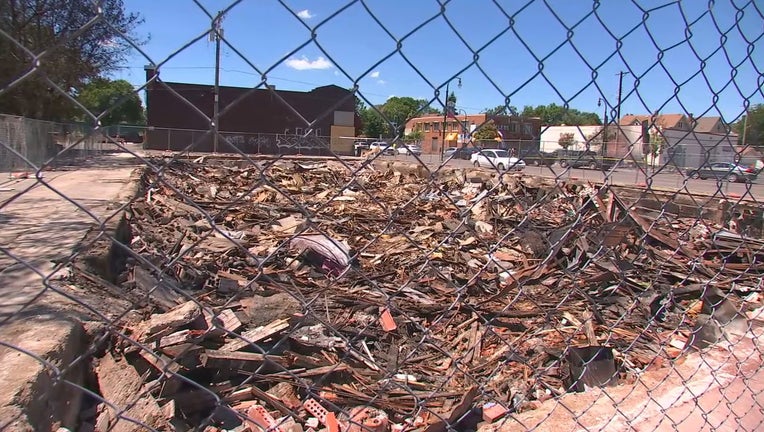 The damage along Lake Street is widespread after unrest in Minneapolis following George Floyd's death.

MINNEPOLIS (FOX 9) - Minneapolis leaders shared Tuesday how the city is helping residents and property owners recover and rebuild from the damage caused by the riots in the wake of George Floyd’s death last month.

The City of Minneapolis is working to help residents and small businesses recover after the riots.

The riots left widespread damage from east to west Lake Street in south Minneapolis as well as on the city’s north side.

Steve Poor, the director of development services with the Department of Community Planning and Economic Development said more than a dozen properties had to be demolished because they were “catastrophically damaged” and posed a risk to public safety. Dozens of others were damaged, but not destroyed.

A map of all the businesses that were damaged or destroyed can be found here.

Poor said the COVID-19 pandemic will present an added challenged for small business owners and residents trying to rebuild.

“As we move forward and folks come in to try to stabilize their properties and rebuild their properties, we will face the challenge of operating in the COVID-era," he said.

With the department’s public service center closed to the public due to health concerns, it is difficult for residents to access those services and the city’s 311 line has experienced a high volume of calls related to the riots. 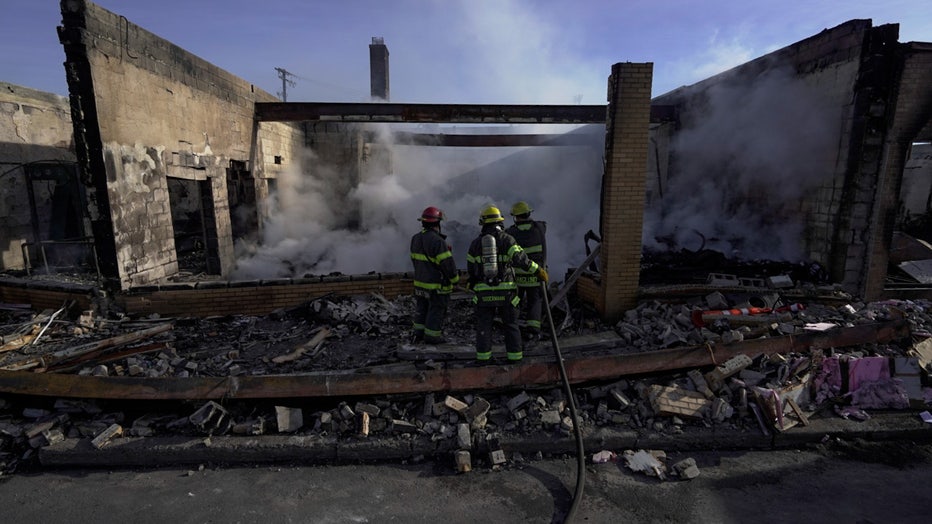 Crews clear the scene after a building was destroyed on Lake Street in Minneapolis.

The city has created a dedicated phone line for people to contact the zoning office with questions related to rebuilding properties and businesses damaged by the riots such as whether they are allowed to rebuild, rebuild bigger or what the process is to begin rebuilding. People will be able to leave a message on the phone line and staff will return their call within a few hours after researching their property.

The phone line is “primarily intended to help the small business owners that were drastically affected by the damage to their properties.” The number for the phone line is expected to be posted on the city’s website on Wednesday.

Damaged businesses can also find resources from the city here.

Other city leaders discussed how the riots as well as the COVID-19 pandemic have compounded the housing crisis Minneapolis was already facing.

“The city was already facing a housing crisis before COVID-19 came along,” said Andrea Brennan, director of housing policy and development.

The riots left three affordable multi-family developments that had city financing in damaged, according to Brennan, including an unfinished apartment building near East Lake Street and Hiawatha Avenue that was completely destroyed by fire. The building was unoccupied at the time.

READ NEXT: Future affordable housing lost due to flames during Minneapolis riots

The other two developments that sustained damaged will be repaired and no one will be displaced, Brennan said.

In addition to the damage to affordable housing developments, 35 households across the city were displaced from their homes due to fire and damage. The American Red Cross housed them temporarily in hotel rooms until they were allowed back into their homes or found new housing.

Brennan said 21 households have since been able to return to their homes following repairs, while nine found new homes. City and county staff are still working to find new housing for five of the households that were displaced.

Meanwhile, the city is working with the Minneapolis Park and Recreation Board, county and state officials and outreach providers to determine the next steps for a growing homeless encampment at Powderhorn Park. 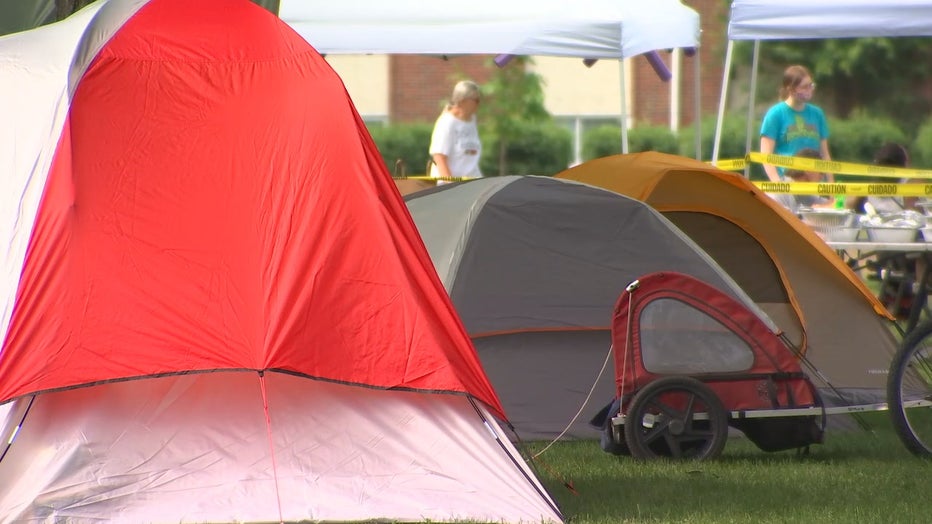 Tents stand in Powderhorn Park after residents were kicked out of a hotel acting as a shelter in Minneapolis. (FOX 9)

The encampment sprung up after a number of people experiencing homelessness were evacuated from the Sheraton Hotel on East Lake Street, where they had been living since late May until the owner of the hotel informed them last week that they had to leave.

A former Sheraton hotel turned into a temporary shelter to give the homeless affected by the recent unrest a safe place to stay, but now the owner of the building is asking the people staying there to vacate the premises

After several days, the city was called in to help because some residents refused to leave, Brennan said.

Now, city officials are working “proactively” with the park board and others to determine the next steps for the Powderhorn Park encampment as well as to develop a broader strategy to “assist and serve persons experiencing unsheltered homelessness in our city,” Brennan said.

For now, she said the city’s health department will be onsite to do a public health assessment of the encampment and the park board is working with the city to provide sanitation and other services to the residents of the encampment.