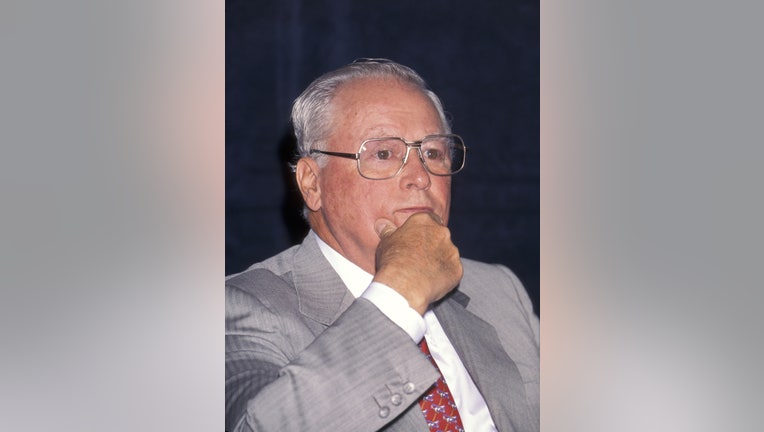 LOS ANGELES (FOX 11) - Barron Hilton, the hotelier and philanthropist who led the Hilton hotel chain, has died in Los Angeles at the age of 91.

Hilton, who succeeded his father, Conrad Hilton, as president and chief executive officer of Hilton Hotels Corp. in 1966 and served in that
capacity for 30 years, died Thursday at his home, according to an obituary provided by the Conrad N. Hilton Foundation.

He was invited by his father to join Hilton Hotels Corp. in 1954 as a vice president, the foundation said.

After taking over as president and CEO, "he was known for creating shareholder value and expanding through innovative real estate transactions, including franchising and a bold move into the Las Vegas gaming market,'' the statement said. "From 1966 to 1996, he generated an average annual rate of return to shareholders of 15% with dividends.''

Hilton was the founding owner of the Los Angeles Chargers of the American Football League.

"Simply put, the modern NFL would not be what it is today without the vision of Barron Hilton,'' Chargers owner and Chairman of the Board Dean Spanos said.

Under Hilton's leadership, the team, which moved to San Diego in 1961 following its inaugural season, won five divisional titles and one AFL championship during his six years as owner. He was also instrumental in forging the 1966 merger with the NFL that created the Super Bowl, according to the foundation obituary.

As a condition for succeeding his father as Hilton Hotel Corp.'s president and CEO, the younger Hilton sold controlling interest of the team in 1966 for $10 million, then a record for a professional sports franchise, according the obituary.

In 2007, Hilton joined the Giving Pledge and announced he had committed 97% of his wealth to the philanthropic work of the Hilton Foundation. His planned gift is projected to increase the foundation's endowment to $6.3 billion.

In his spare time, Hilton enjoyed hunting, fishing and flying and was known as a "skillful and conservative pilot,'' the foundation said.

He was preceded in death by his wife, Marilyn, who died in 2004 at age 76. He is survived by his eight children, 15 grandchildren and four
great-grandchildren.

"He was a Legend, a visionary, brilliant, handsome, kind and lived a life full of accomplishment and adventure,'' the reality television personality Paris Hilton, a granddaughter of Barron Hilton, tweeted. "Ever since I was a little girl I have looked up to him as a businessman.

"I feel so grateful to have had such an incredible mentor. I always wanted to make him proud. The last conversation we had a few days ago I told him how much of an impact he had on my life. His spirit, heart and legacy will live on in me.''