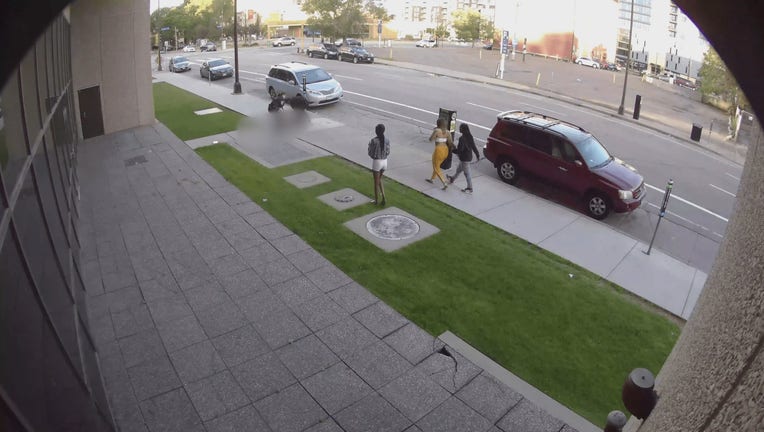 A Hennepin Healthcare security guard was fired for this incident in June, but was reinstated Wednesday.

MINNEAPOLIS (FOX 9) - A security guard fired for dragging a patient out of Hennepin Healthcare is back on the job Wednesday after being reinstated through arbitration.

Hospital officials say what he did goes against their policy, but once his union fought for his job, their hands were tied.

The incident, caught on surveillance camera last June, shows a patient being dragged across the concrete in his underwear, exposing his genitals.

A few minutes later, the security guard is back throwing the man’s clothes to the sidewalk and when the patient comes at him, he takes him down.

Hennepin Healthcare says the security guard’s excessive use of force violated hospital policy and he was terminated, but the union filed a grievance saying he was fired “without just cause” and was a violation of the collective bargaining agreement.

According to court documents, the patient was “agitated, threatening and uncooperative.” He was a “regular admittee with a long history of substance abuse and behavioral problems.”

The security guard testified that he gave the patient “three verbal directives.” He also says the patient was “verbally abusive” and “attempting to hit him throughout the incident.”

The arbitrator determined Hennepin Healthcare has to reinstate him.

In a statement, the hospital said their hands were essentially tied:

If an employment action involving a unionized employee is taken to an arbitrator by the union, the arbitrator makes the final decision and the decision is binding upon Hennepin Healthcare.

The union provided its own statement, saying:

Our members often conduct their work under chaotic, threatening and dangerous circumstances, but always with the health and safety of all staff and patients as their priority. We stand to work with HCMC to ensure proper use of force and other trainings are provided to all staff.