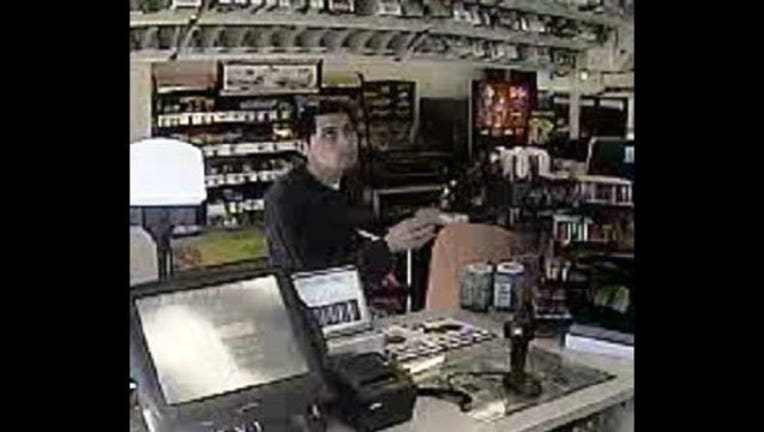 EAGAN, Minn. (KMSP) - Eagan police are asking for the public’s help in identifying a man who reportedly stole two donation jars for Children’s Hospital and a pack of cigarettes from a gas station.

The theft occurred at the SuperAmerica gas station on the 2200 block of Cliff Road. The suspect was caught on surveillance video reaching behind the counter and taking the items.

Anyone with information is asked to call the Eagan Police Department.