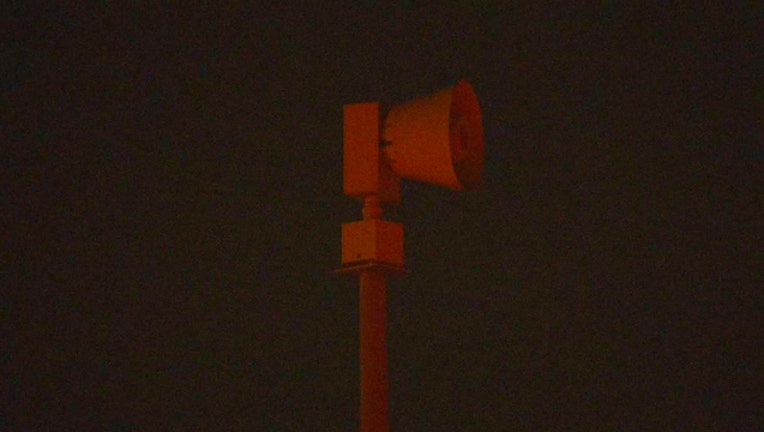 DALLAS (Fox 32 News) - The city of Dallas and the Dallas Office of Emergency Services are trying to figure out who hacked into the city's tornado siren system on Friday night, turning all 156 sirens on at once.

The sirens were activated at 11:42 p.m. Friday night. There were no tornados in the area. It took more than 90 minutes to get them all turned off.

"We can state at this time that the City's siren system was hacked," the City of Dallas wrote in an official statement. "For security reasons, we cannot discuss the details of how this was done, but we do believe the hack cam from the Dallas area."

City crews worked throughout the day Saturday to reactivate the system, and residents were warned to be patient in case the sirens came on again. Residents were told not to call 911 or 311 if the sirens were sounded again.

On Facebook, many residents were frightened and angry, saying the city had waited too long to get the word out that there was no emergency. Some said that they were worried there had been a nuclear or chemical attack.