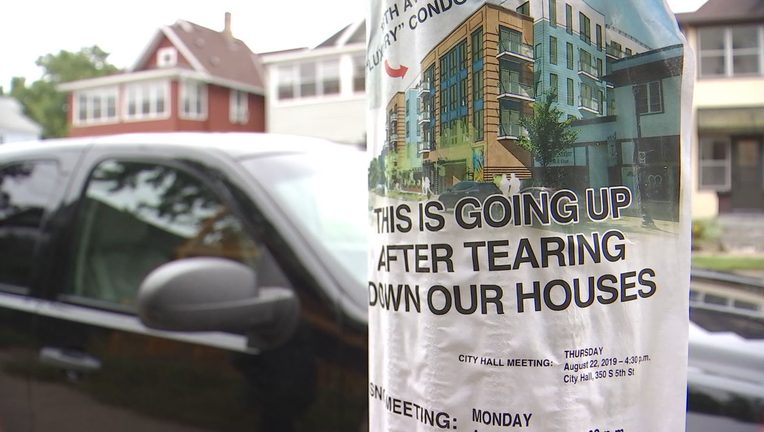 A sign up in the neighborhood opposes the planned apartment building in Minneapolis. (FOX 9)

MINNEAPOLIS (FOX 9) - A community group is chalking up a win after a developer says they are pulling their proposal for an apartment building in Northeast Minneapolis.

The proposed apartment building near the corner of University Avenue and 13th Avenue in the Sheridan neighborhood would have included tearing down three duplex complexes and building a five-story building with 108 apartment units and retail space.

A community group is chalking up a win after a developer says they are pulling their proposal for an apartment building in Northeast Minneapolis.

This week, the developer of the project, Solhem Companies, announced they were no longer moving forward with the apartment complex project. FOX 9 reached out to the company, but did not hear back. A note the company sent to the Sheridan Neighborhood Association did not specify why they were abandoning the project.

Some people in the neighborhood believe the developer may have made this decision because of community opposition to the project. 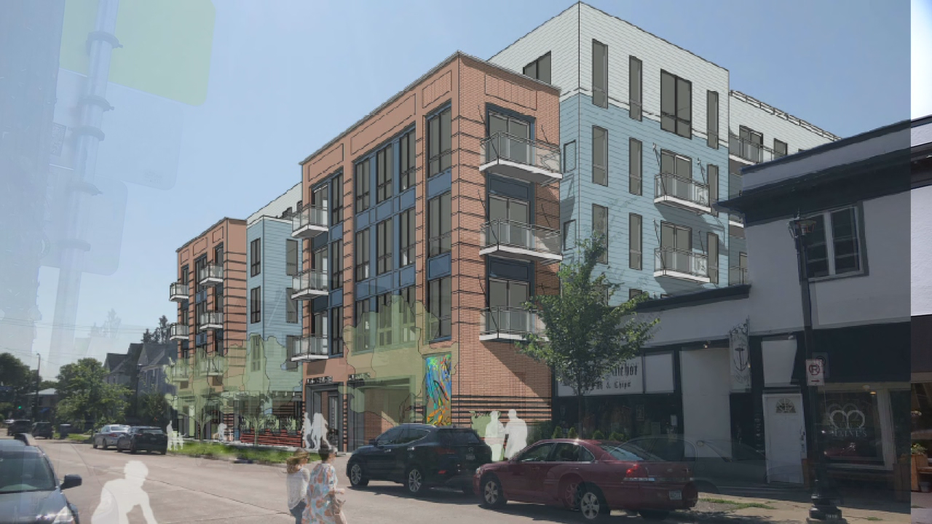 Bonds started a Facebook group where others in the community expressed their disapproval of the project. Bonds said one of the main concerns from the community was that the apartment complex would not have enough affordable units and it would change the pedestrian traffic on 13th Avenue.

Bond said she collected around 1,200 signatures on a petition to stop the project from moving forward. She and others in the community also organized a community meeting with the developer. She said more than 100 people showed up to express their opposition to the project. 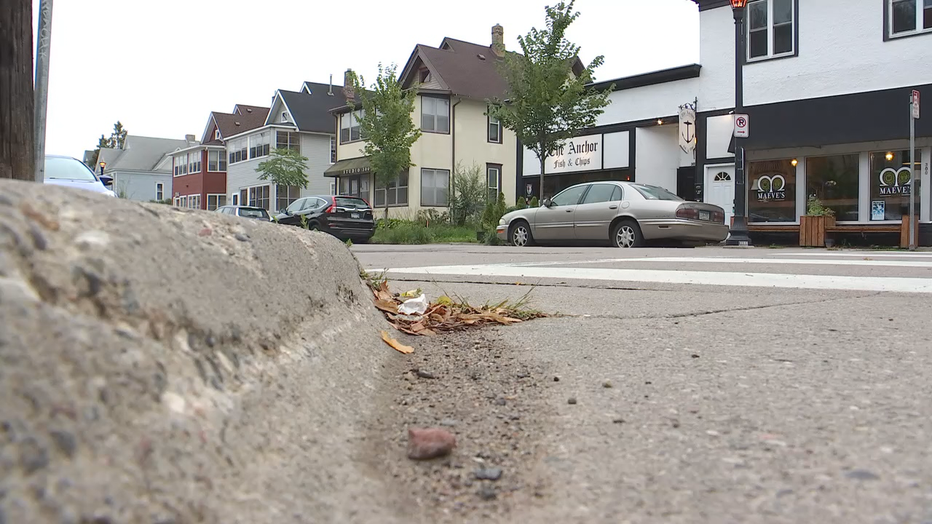 Councilman Steve Fletcher, who represents the neighborhood, said while the developer was offering to include some affordable housing in the complex, he thought it was not enough to fit with the city’s long term goals.

“It wasn’t going to feel affordable so we were trying to get even more affordable housing there,” Councilmember Fletcher said.

He said the site is likely to be developed eventually, but he’s hoping the next developer to come in works closely with the community to make sure it meets their needs. 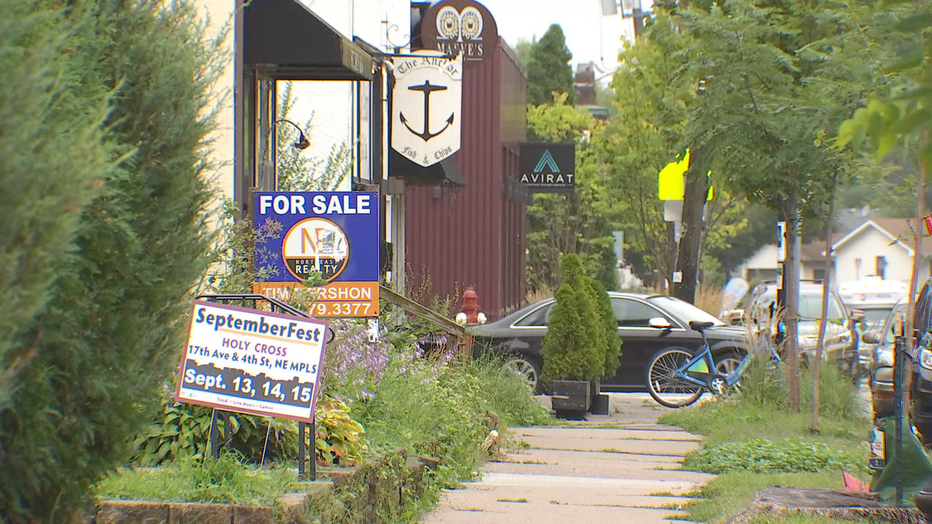 Bonds said many who were opposing this specific project are against development in general or development at the sight in the future, but were against the project because it would not meet the vision for the neighborhood.

This development is one of many planned in the city of Minneapolis. As part of the city’s 2040 development plan, housing density is a focus for the future.

“There is density coming. The people who don’t want to see anything built are going to be frustrated,” Councilmember Fletcher said.

For now, Bonds and others in the neighborhood are celebrating what they consider a victory.

“I am over the moon with our neighborhood. I could not have asked for a better response. That is what makes NE unique is that we band together and come together to say what the community wants,” Bonds said.