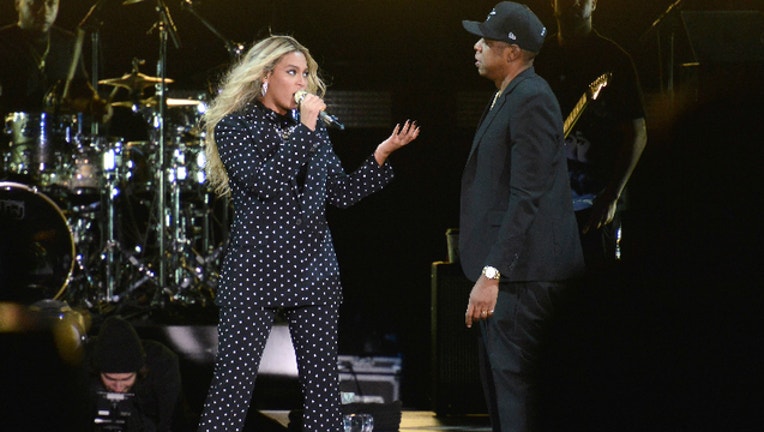 CLEVELAND, OH - NOVEMBER 04: (L-R) Beyonce and and Jay Z perform on stage during a Get Out The Vote concert in support of Hillary Clinton at Wolstein Center on November 4, 2016 in Cleveland, Ohio. (Photo by Duane Prokop/Getty Images)

The duo's "On the Run: Part II" world tour will make a stop in Minneapolis Wednesday night. Tickets are still available.

"Through their lives and music, Beyoncé and Jay-Z have inspired Minnesotans and music fans around the world," the governor's proclamation read.

Beyoncé last performed in Minnesota in 2016 as part of her "Formation" tour. Dayton had previously declared May 23, 2016 to be "Beyoncé Day" as thousands of Minnesotans attended her concert.