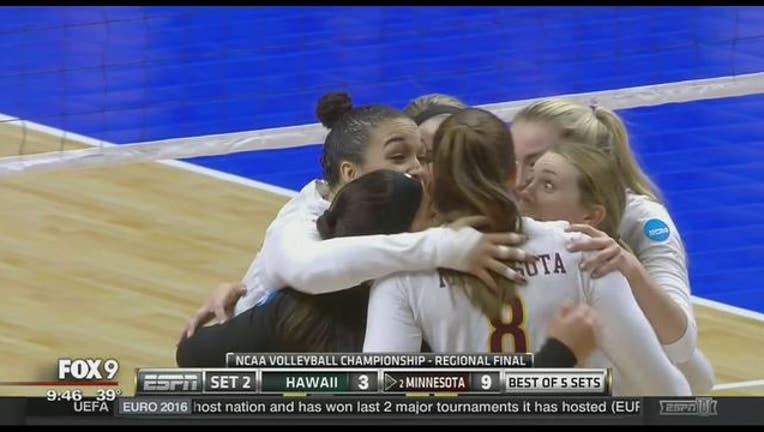 Senior hitter Daly Santana had 26 kills. Santana was also named the MVP of the region.

Hawaii went into Saturday night’s game with a 24-match win streak after knocking out the defending national champions, Penn State.

This is the Gophers first semifinal appearance since 2009.